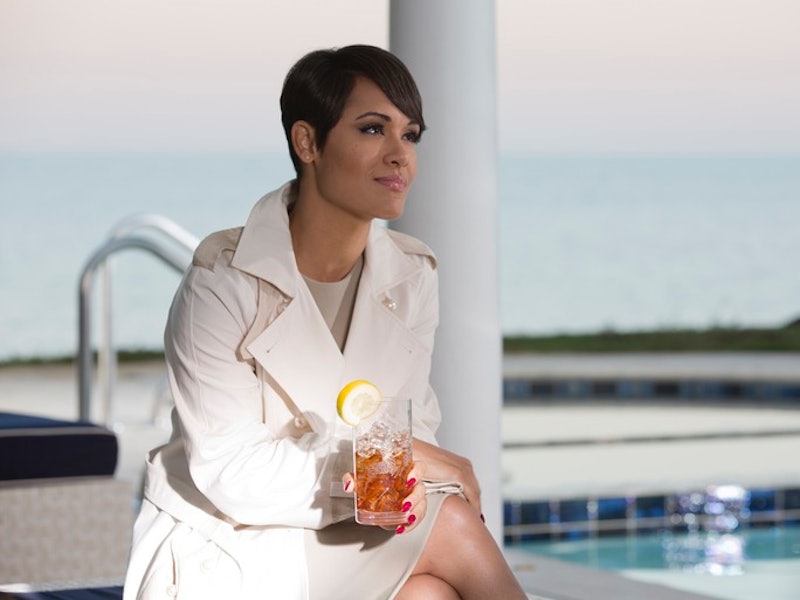 After months and months of waiting for this bombshell to drop, Anika finally told Hakeem that she's pregnant on Empire , and she chose to do it in front of the whole Lyon family. (Now that's what I call a bold move.) But once the shock wore off and Cookie had a moment to reprimand Hakeem about not knowing how to use a condom, Anika made a puzzling request. She admitted that there is something that she wants from all of them. Something very precious: she wants her child to have a family. Taking full responsibility for her actions, she apologized to each and every one them in an attempt to make amends. But is her motivation really as innocent as it seems? I suppose, for now, only time will tell.

Obviously, given this is Empire that we're talking about, there's definitely more to her plan than meets the eye. However, it seems as though it really isn't money that she's after. Shortly after she made the announcement, Lucious showed up at her house and tried to broker a deal with her, offering to give her $10 million if she agreed to hand the able over to Hakeem once she gives birth to her son. (Yep, apparently she's having a boy!) She refused and restated her true desire: to be a family. Though, she did manage to slip in a little threat to Lucious if he wasn't willing to play nice.

Apparently when you live and work with someone for five years, you get to know quite a few of their inner-most secrets and it seems as though she's willing to spill some of Lucious' to the FBI if need be. So even though Anika is seemingly willing to forgive and forget issues of the past, at least we know she's more than capable of playing dirty if it comes down to it. But in the meantime, we just have to sit back and try to figure what her next move will be.