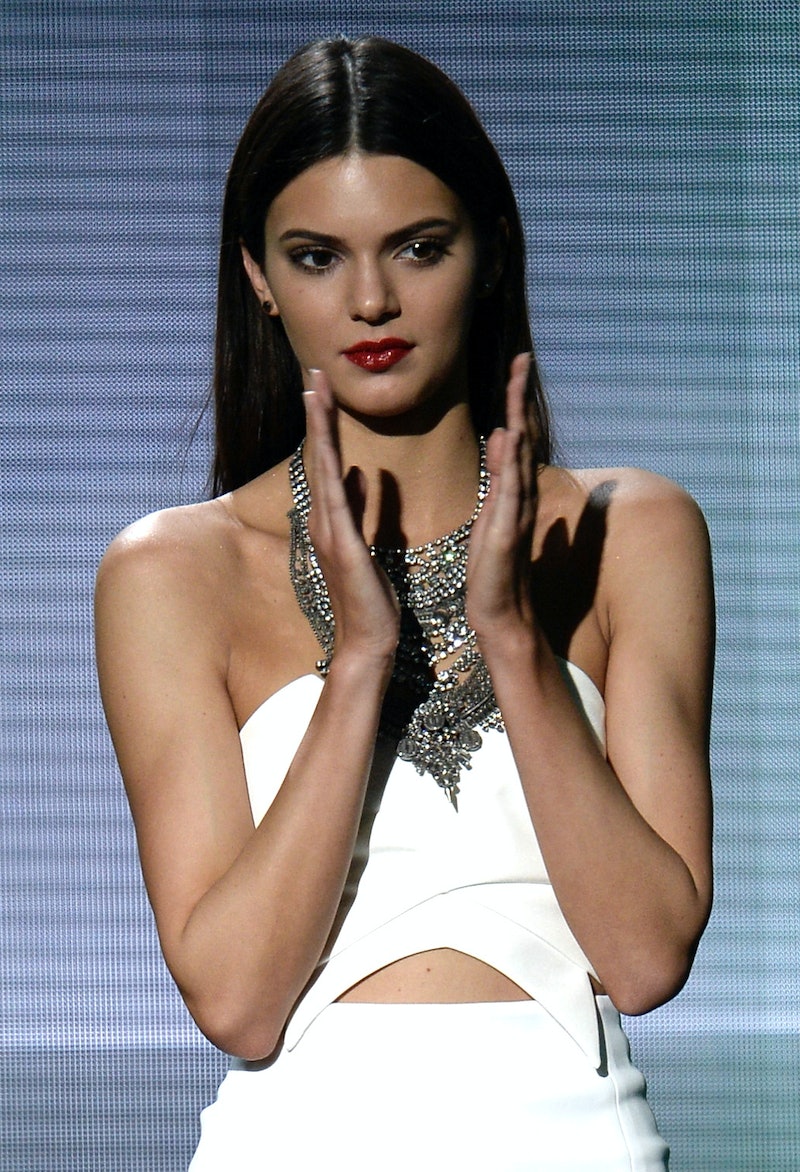 At this point, Jenner on the runway provokes cries of, "Omg! Little Kardashian sister is modeling!" If Jenner were to distance herself from her family's television show, it could really help her modeling career which I know she really wants because I watch Keeping Up with the Kardashians. See, the show is giving us too much information! She should be more mysterious now. She wouldn't actually have to distance herself from her family, just stop appearing on the show and try to get snapped in less paparazzi pics. That way, people will end up seeing her more often modeling than they do, say, comforting Kim when her wedding planning goes awry. Eventually, she'll be seen as Kendall Jenner the model rather that Kendall Jenner the little sister because that will be the only way the public sees her. It's a mind trick and it could really work to her advantage.

It's unlikely that Jenner will make this move as she probably feels that she can do both at once. And it's possible she can. She definitely has the look of a runway model and the Marc Jacobs show is sure to help, but if she really wants to continue down the same path, what better way to prove it than cutting the Keeping Up with the Kardashians cord? It would say she's serious and that she doesn't need the Kardashians to keep her relevant. So screw the show, Jenner! Take your modeling career and your sheer-shirted nips and keep on trucking! You can make a cameo appearance three years from now when you fly into town for North's birthday before quickly jetting off to Paris.