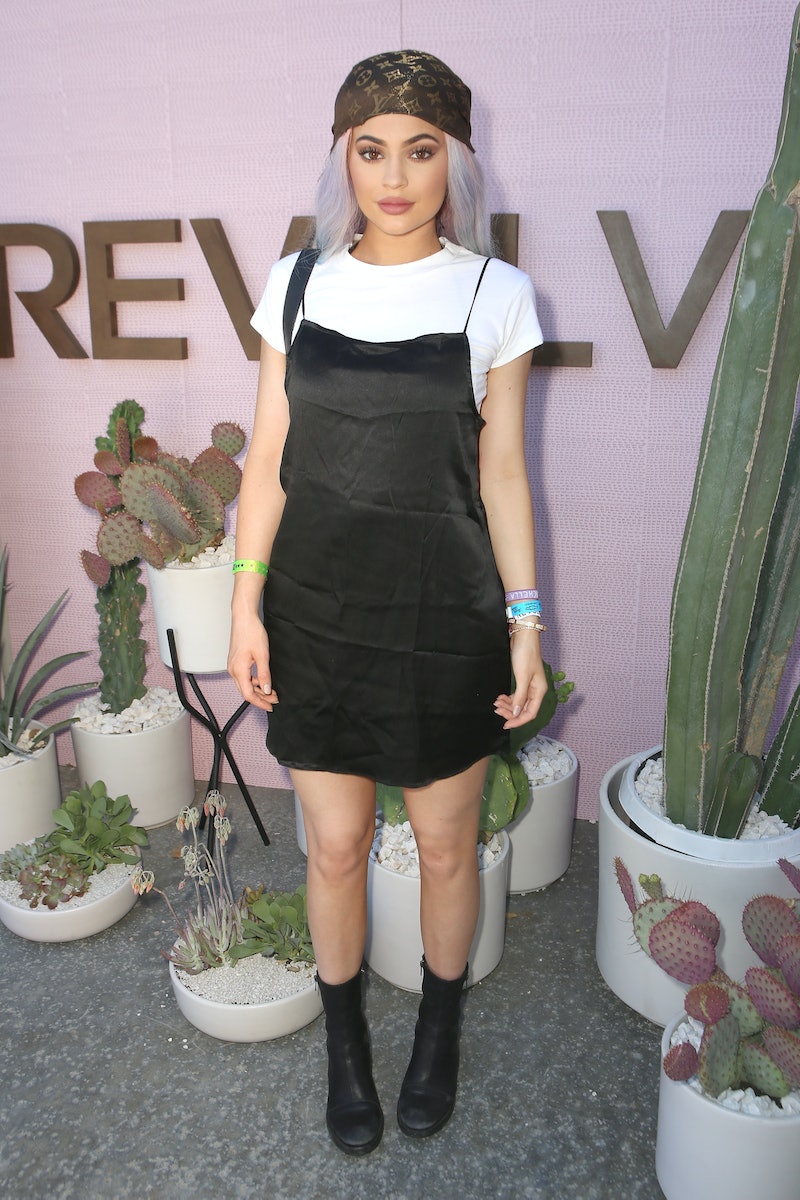 It's been a minute. Kylie Jenner hasn't introduced a new Kylie Lip Kit color since the deep purple, sexy and gothic Kourt K Lip Kit, which the makeup mogul introduced back in March. Jenner moved forward with a trio of neutral and super shiny Kylie Glosses, the brushes of which have already been revamped, and a trio of Metal Matte lipsticks. She's been so busy debuting new lip products that new Lip Kit shades took a backseat and became a secondary endeavor to new textures and formulas for the time being. Currently, there are eight official KLK shades. Is Jenner back to creating new Lip Kit colors, expanding her collection of best-selling matte liquid lipsticks? Let's analyze a single and stealth Instagram clue.

The Kylie Cosmetics official Instagram posted a black and white photo of seven swatches on the back of a hand, presumably Jenner's, since that's her infamous Cartier bracelet. The team captioned the photo with the "#secrets" hashtag. Obviously, the black and white Insta filter was able to "hide" the color.

But I think that's Lip Kit swatching and here's why. Look at the size of the swatches. Some are thick. Others are thin. Those thinner lines look like lip pencil lines, don't they? Kylie Lip Kits come packaged with lip liners; the Kylie Glosses and the Metal Mattes are not sold with an accompanying liner. Also, even though there is a black and white filter, the texture translates as matte, visually speaking.

So I am guessing that Jenner and her team just teased new Lip Kit shades. Some swatches appear darker than others. That's all we can say definitively based on the evidence. The Kylie Cosmetics team could be testing variations on one new shade that they are working on perfecting. Or they could be creating a few new shades. Both are distinct possibilities based on the photo. Maybe one is a new Metal Matte shade since it's an odd number of swatches.

Ack! Anything is possible.

The black and white pic doesn't appear to be a clue about an upcoming restock, since that info is usually revealed via Jenner's official app.

Personally, I cannot wait for a restock of the Metal Mattes. Those look absolutely amazing and so high impact.

Also, while the Glosses and Mattes don't come with lip pencils, both can and should be used with liner.

Metal matte and all that.

Let's hope Jenner is crafting new shades. As in plural, as opposed to working out the tones of one particular new shade. Remember, she still has to name some of her lip products after momager Kris and big sisters Kim and Kendall!