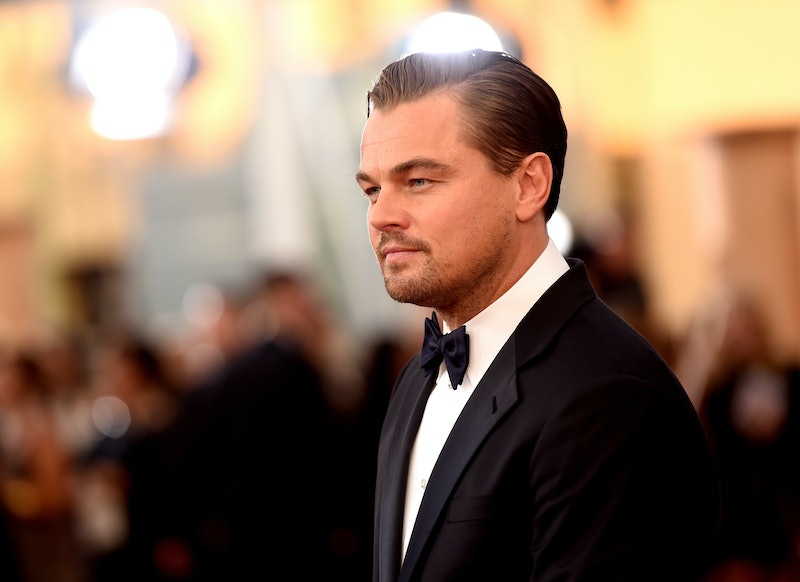 Although we should celebrate our planet Earth every day, April 22 is reserved as the official celebration of Earth Day around the globe. The modern environmental movement began in 1970, in the midst of a time when air pollution served mostly as a good sign of booming industry. Oh, how the times have changed. Since it was established, Earth Day's official site writes that it is "the largest secular observance in the world, celebrated by more than a billion people every year." Now that being eco-friendly and environmentally conscious has caught on as a way of life, here are some inspiring quotes from green celebrities that serve as a wake up call that preservation of our planet is our greatest responsibility.

In this day and age, there is no longer an excuse to be flippant about the issues impacting our planet. Climate change is something that is happening and more and more people in the public eye are standing up to fight for changes in policy. The beauty of the movement is that even if you're not a millionaire, you can make small changes in your everyday routine to make a difference.

We are all in this together and the only way to survive is to make this a priority for us all. In that spirit, here are some celebs who have used their voices to speak out about environmental issues and how they make sure to support the Earth every day of their lives.

Woodley is a intensely proud of her connection to Mother Nature and has been a strong defender of the planet. She believes that we should focus on the small things to maintain a sustainable planet. She told The Hollywood Reporter ,

I exclusively buy used clothes… I’m going to be a citizen of this planet, and I’m going to do my responsibility and live in stride with nature instead of constantly fighting against her.

I wasn't aware that Redford was such an environmental warrior. In 2009, the actor spoke at an event about his friendship with fellow environmentalist Paul Newman and of his own lifelong advocacy for the Earth. He said, according to The Daily Green,

As time goes on I've become more radical, because I've seen what's been lost, and how many of those things can't be repaired... The meter is ticking [particularly in the face of climate change], so you've got to get to as much as you can as fast as you can. I grew up with "This Land Is Our Land," and public land doesn't belong to that administration or this one... We want our kids to grow up with real natural places, not just photos of them.

Silverstone is known for being a strict vegan and has spoken about her lifestyle choices in being animal and cruelty free. She shared with Natural Solutions magazine of her decision-making when it comes to being eco-friendly:

I try to be environmentally responsible in everything I do and everything I bring into my life. Every time I make a decision, I think, “How is this going to affect the environment?” I do the same thing when I make other decisions about my health, home, and food. I really think hard about what is the most responsible choice.

A celebrity environmentalist list would not be complete without DiCaprio. He has devoted a lot of his time when he's not acting to matters of conservation all over the globe. In the official statement for his feature length documentary on global warming, 11th Hour , DiCaprio wrote,

Global warming is not only the number one environmental challenge we face today, but one of the most important issues facing all of humanity. We all have to do our part to raise awareness about global warming and the problems we as a people face in promoting a sustainable environmental future for our planet.

Jane Goodall has been one of my heroes since I was young and had dreams of being a biologist. If there's anyone who knows firsthand about the impact of climate change on our Earth, it is Goodall, as she's worked in the field for over 50 years. In a piece for USA Today , Goodall wrote that she believes technology could really help:

Why is it that the most intellectual creature to have walked the Earth — humans capable of amazing advances — are also destroying our only home? So many people, thinking of the mess we are in today, feel helpless and hopeless, so they do nothing... Technology alone will not solve every problem, but it is part of the solution. Let's use technology as a way to amplify our voices in support of the environment.

Somerhalder is the founder of the Ian Somerhalder Foundation, a non-profit organization meant to "empower, educate and collaborate with people and projects to positively impact the planet and its creatures." He writes on the foundation's website,

We are the environment. The world is literally one biological process. The trees are our lungs. Look at the Amazon River system next to a human cardiovascular system, look at corals or trees and look at our lungs, you literally cannot tell the difference. They’re the same. So when we destroy our environment, we’re effectively destroying ourselves.

Gisele has devoted much of her post-modeling career life to endeavors for the environment as a Global Ambassador of the United Nations Environmental Programme. In her personal life, she and her husband Tom Brady have vowed to live as green as possible, building their on home to the highest green standards. She told Architectural Digest,

We grow 85 percent of our fruits and vegetables. Not only do we know where our produce comes from, but our children experience firsthand the connection between the Earth and their food... Whether you’re talking about a home or the land, it’s the same — if you nurture something, it will nurture you back.

Norton is an avid conservationist, being on the board of Conservation International and president of the U.S. Board of the Maasai Wilderness Conservation Trust. He had some wise words for The Nature Conservancy, speaking of how environmental movements are now a necessity. He said,

So the “environmental movement” is becoming an economic movement, is joining the social justice movement, is becoming a sustainability movement. It’s leaving behind the “People’s Needs versus Nature’s Needs” conflict in favor of making the case for environmental health as the essential underpinning of prosperous and stable human civilization. The best news is that the data… it all supports what environmentalists have been saying for decades, which is that we mess with the complex mechanics of the biosphere at our peril.

While it is important that we each take our own approaches to protecting our Earth, it's refreshing to see celebs that use their platforms to offer advice and inspiration for an issue that affects every one of us. Whether you're a famous Hollywood celebrity or scientist or regular working person, we are all in this together.

More like this
Olivia Munn Got Real About How Her Body Hasn’t “Snapped Back” Post-Pregnancy
By Stephanie Topacio Long
Lilibet & Prince Charles’ First Meeting Was Emotional, According To Reports
By El Hunt
'Mean Girls' ​​Daniel Franzese Spoke Candidly About Conversion Therapy
By Rachel Mantock
A New ITV Doc Follows Dame Kelly Holmes’ Emotional Coming Out Story
By Sam Ramsden
Get Even More From Bustle — Sign Up For The Newsletter