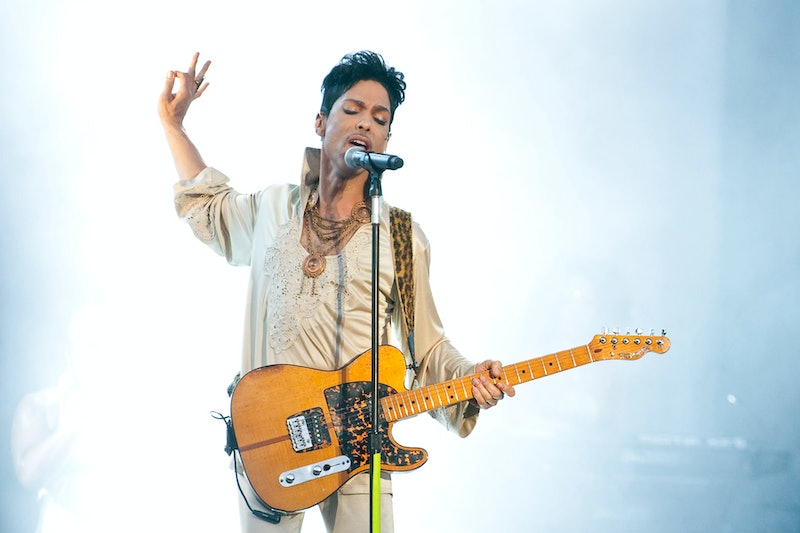 As confirmed by his publicist, legendary musician Prince has died at the age of 57. Prince had most recently appeared at a concert in Paisley Park, Minnesota on April 16, after his plane had an emergency landing in Illinois due to a medical emergency on board. TMZ reported that Prince was ill with the flu, and the singer appeared onstage the very next day to assure fans he was on the mend. He reportedly told the crowd, "Wait a few days before you waste any prayers."

Earlier: Prince's representatives confirmed his death in a statement to Bustle. They said, "It is with profound sadness that I am confirming that the legendary, iconic performer, Prince Rogers Nelson, has died at his Paisley Park residence this morning at the age of 57."

Of course, the singer has legions of fans thanks to his nearly 40-year career in the music industry, and his fans took to Twitter in the immediate aftermath of news of his death to express their shock and sadness. Prince has been an undeniable icon in the music world since his debut album in 1978, spanning genres and breaking the mold with his unique artistic vision. The loss to the music world is tremendous, and fans appear to be equal parts shocked and saddened by the news of his death.

The Gifts He Gave

An Inspiration To All

Never To Be Forgotten

The Greatest Of All Time

Thanks For The Music