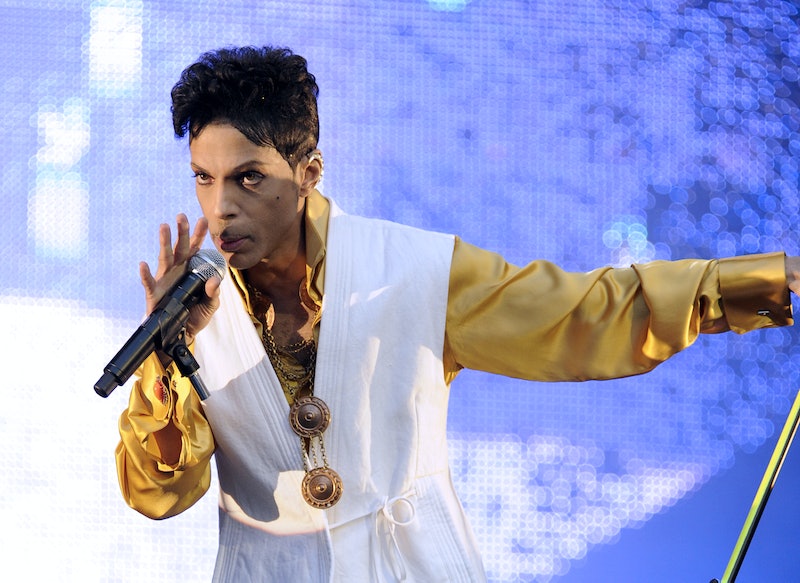 2016 has already delivered a devastating blow of Hollywood deaths, and now another entertainment legend has been lost. After numerous reports claimed that the music icon Prince has died, his publicist has now confirmed in an official statement on Thursday that the beloved singer died at his home. Bustle has received the following statement from Prince's publicist: "It is with profound sadness that I am confirming that the legendary, iconic performer, Prince Rogers Nelson, has died at his Paisley Park residence this morning at the age of 57. There are no further details as to the cause of death at this time." And just like that, another phenomenal performer has been taken from our midst.

But in these trying times of tragedy and loss, it's important to recognize that Prince was much more than just a singing sensation. He was also an inspiration in many other ways, which is shown through his many memorable quotes throughout his time on earth. So in honor of all of numerous contributions to the world, here's a look back at some of his most prominent words of wisdom that prove what a spectacular human being he really was. And while he may be physically gone, he won't soon be forgotten. Not by a long shot.

Prince, speaking at the 2015 Grammy Awards.

"My view of the world, you can debate that for ever. But I'm a musician. That's what I do. And I also am music. Come to the show for that."

Prince, during a profound interview with The Guardian.

"Despite everything, no one can dictate who you are to other people."

Prince never made any apologies for who he was and always preached, much like in this interview with Rolling Stone. that the most important thing is staying true to yourself.

"I want to make heart decisions in business. If you can't do that, you're not free. I want to be able to dictate which way I'm going to go."

More words of wisdom from that same Rolling Stones interview that everyone should live by.

"Dearly Beloved - We gather together to get through this thing called life." - from his song "Let's Go Crazy"

Proof that even his lyrics could speak to you in deep and profound ways.

"My fans bring their sons and daughters to my shows now. That's how I grew up. I hope to be an inspiration to those people."

Yet another excerpt from his Rolling Stone interview, I think it's safe to say that his hope was definitely fulfilled tenfold.

"When you wake up, each day looks the same, so each day should be a new beginning. I don't have an expiration date."

And if that parting sentiment to Rolling Stone isn't enough to convince you of just how special this guy was, then nothing will.

Our thoughts and prayers go out to Prince's family and friends in this trying time.