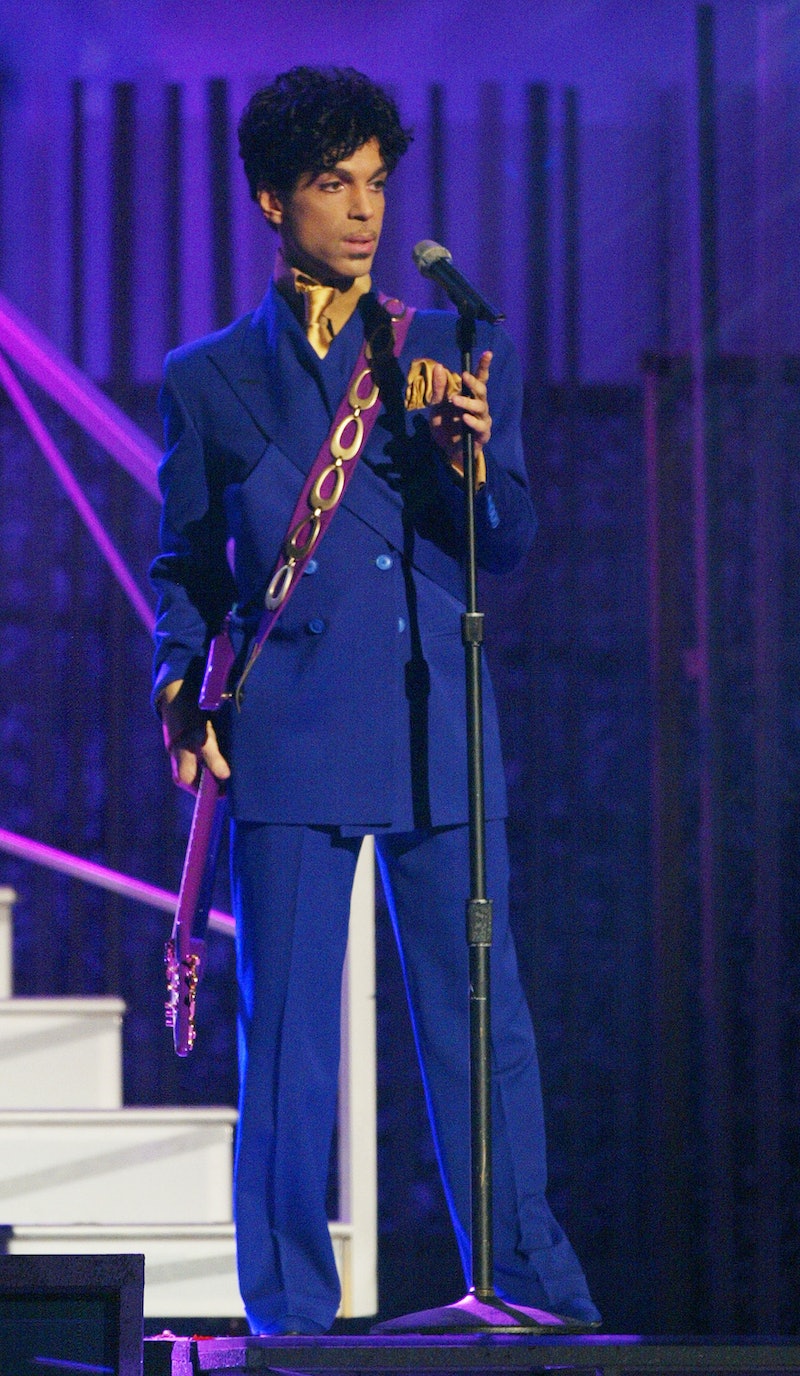 Of course, fans everywhere have been remembering Prince for his endless contributions to the world of music ever since news of his death was confirmed by the Carver County Sheriff's Office, but there's another facet of his illustrious career that deserves to be highlighted: his varied acting roles. Most people know Purple Rain , his crazy successful film and soundtrack album of the same name, but Prince also starred in three other feature films and had two notable television appearances. Most recently, he appeared in a 2014 episode of New Girl, but all the way back in 1997, Prince appeared in an episode of Muppets Tonight , and the musician got to show off his acting chops and playful side.

Yep, it's true. The Muppets have been a part of American pop culture for what feels like forever, and in 1996, ABC revived their variety show The Muppet Show with a new title, and Muppets Tonight lasted for two seasons. Prince (back then "The Artist Formerly Known As Prince") was the special guest for the first episode of the second and final season, and it's an awesome throwback moment for fans to look back on. The music icon traded in his purple sequin suits for a banjo and overalls, singing alongside Kermit and friends in his farmer's best... seriously. Check out the clip:

Prince seems like he's having so much fun with the Muppets (I mean, who wouldn't?), poking fun at his then-recent name change to a symbol, discussing what inspires him to write songs, and joking that he can find inspiration in breakfast foods. He performs a gorgeous version of his song "Starfish & Coffee," which is actually totally fitting for a fun, lighthearted show like Muppets Tonight. Then of course, there's a "raspberry sorbet" joke, which is kinda the cherry on top of it all.

It's definitely cool to remember that Prince was just as magnetic when acting as when he was on stage, and his colorful persona obviously fit perfectly next to the Muppets. It's worth a watch for great music and to see Prince's fun sense of humor. He'll be sorely missed.