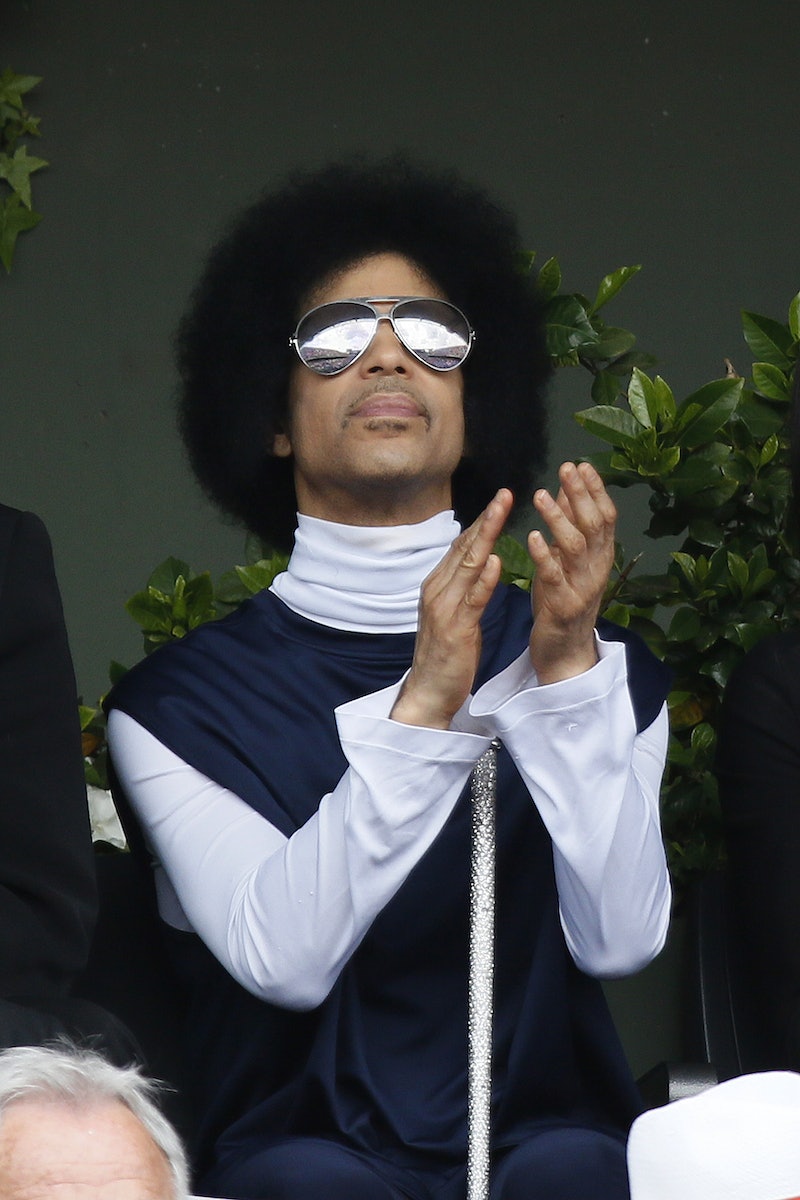 Dang, this one stings: On April 21, rock and roll legend Prince passed away. Thursday, TMZ broke the tragic news that the singer-songwriter-deity died early that morning. The game-changing musician’s rep confirmed the news to Bustle with the following statement: "It is with profound sadness that I am confirming that the legendary, iconic performer, Prince Rogers Nelson, has died at his Paisley Park residence this morning at the age of 57."

To pick just one highlight from the innovative musician’s illustrious, decades-long career is near-impossible; Between his mountain of hit singles, his numerous songwriting credits, his brilliant film work, his countless phenomenal live performances, and his undeniable guitar shredding skills, the Purple One was an endless fount of creativity and genius. A fount that provided the tunes for a number of moving pictures— and no, I'm not only referring to 1989's Batman (side note: was that soundtrack perfect, or was that soundtrack perfect?). Time and time again, Prince's music would pop up in television shows and films when audiences least expected it.

Whether it be a parody of one of his most beloved original songs for a cartoon, a pro wrestler’s entrance music, or a beyond lovely duet with a doe-eyed sitcom character, the Artist’s music was always a wonderful fit (and occasionally a wonderfully weird fit) (lookin' at you, Tiny Toon Adventures). Here are some Prince TV and movie moments that are as surprising as they are fantastic:

Paul Verhoeven's cult classic features not one, but two Prince songs: “319” and “Ripopgodazippa.”

Technically, this wasn't a surprise— Prince's New Girl cameo was advertised before the episode aired. And yet, no preview could’ve prepared any of us for the magic that was that episode. To see the larger-than-life legend perform “FALLINLOVE2NITE” with Jess Day (Zooey Deschanel)? Beyond. Just beyond.

A parody of Prince-penned classic “Nothing Compares 2 U” titled “Nothing Comes Close To Yul” appears in Tiny Toon Adventures episode “Toon TV.”

Pro wrester Koko B. Ware’s entrance music was “The Bird” by the Time, a Minneapolis-based Prince side project. The Purple Rain star not only co-wrote “The Bird” with the Time members Morris Day and Jesse Johnson, but played almost all of the instruments on the record.

“Chocolate” by the Time — another the Time jam composed by Prince — appears in Beverly Hills, 90210 episode “The Gentle Art Of Listening.”

Remember Lorelei’s rendition of “Manic Monday”? Of course you do! Yes, “Manic Monday” is a Bangles jam. But do you know who wrote it? I’ll give you one guess.

In episode “Break My Wife, Please,” Homer sings the intro to the Chaka Khan version of Prince tune “I Feel For You.”

You are missed, Prince.