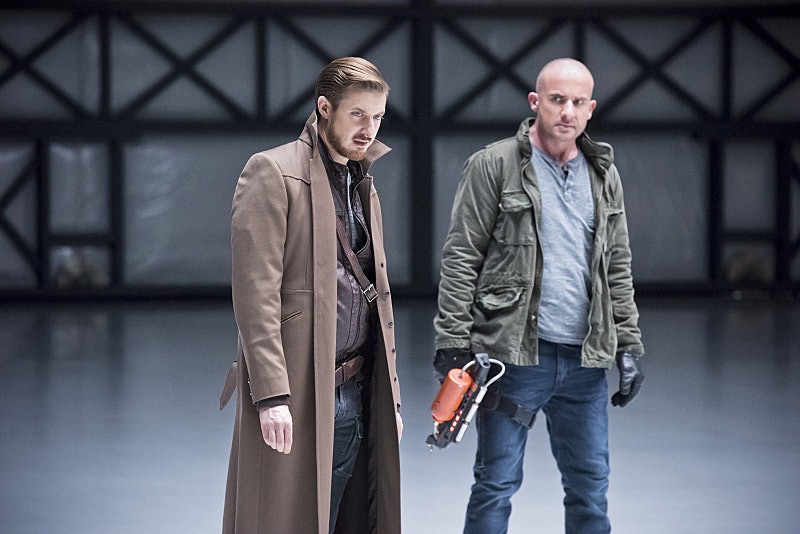 Rip Hunter has always been a bit of a question mark, never eager to share too much about his past. However, during Thursday night's episode, fans got to come face-to-face with Young Rip on Legends of Tomorrow and see just how far he's willing to go to survive... even back then. After The Pilgrim abducted the people most important to the Legends, she struck a deal with Rip, offering their lives in exchange for his younger self before he became a Time Master. (After all, without Rip, the team would never have been created.) But it turns out that the child version of Rip more than knows how to take care of himself. While the rest of the team kept her distracted, Young Rip stabbed The Pilgrim, weakening her just enough so that the others could take her out for good.

The interesting part of all this was the fact that Older Rip knew that his younger self would react in such a violent way if he felt his life was in danger. Up until now, the only real piece of information we've learned about Rip is that Vandal Savage killed his wife and son, which is what sent him on this time-traveling crusade in the first place. So being able to see him from so far back adds an interesting layer to his storyline. I mean, he just stabbed that woman without a second's hesitation. It kinda just makes you realize that there's way more to this character than meets the eye.

That doesn't mean I don't believe that Rip is one of the good guys. He usually has a good reason for everything does, and I do think he would've sacrificed himself if it meant saving everyone else. I'm just saying that this guy has some serious skeletons in his closet and a dark side that may need to be kept in check. The truth is that we really don't know what he's capable of, but if his younger self is any indication, this is one former Time Master you do not want to be messing with.