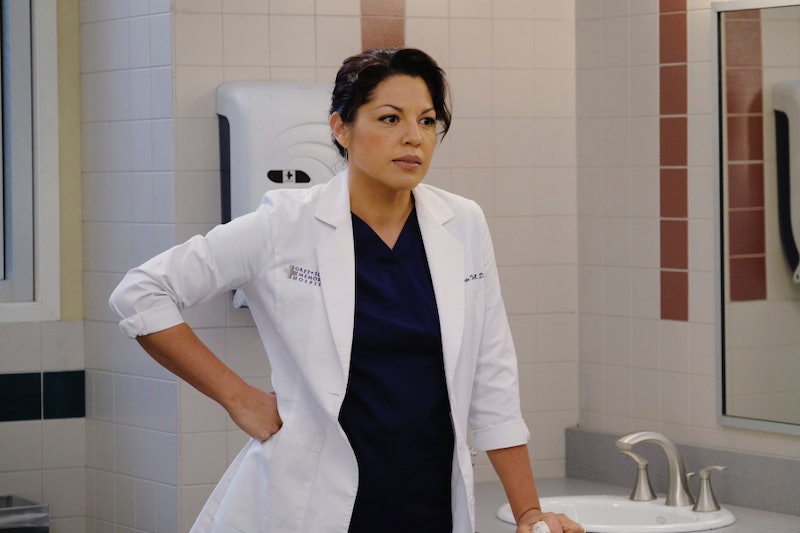 For what used to be one of Grey’s Anatomy’s most solid couples, Arizona Robbins and Callie Torres have sure ended up quite far from where they started. Sure, they had their ups and downs, with plane crashes and babies and Geena Davis, but they always landed on their feet — even in divorce. Until now, that is. Callie wants to follow her new gal Penny across the country to New York, and she wants to bring Sofia with her. This can’t go well, can it?

Arizona was maybe a little bit okay with Penny and Callie moving to the East Coast, but that all changed when she found out that Callie was seriously looking at apartments and schools for Sofia without her permission. Sure, the whole dream of moving to New York is great, but Callie really jumped the gun in planning it without Sofia’s other mother’s permissions. Callie agreed to step off… but then Arizona got a phone call about an application to one of those potential Sofia schools, and now it’s all ruined again. Arizona has called in a lawyer to represent her in this custody case, and there’s no way this can end well for Arizona, Callie, or Sofia.

I do think it’s bizarre for Callie to follow Penny to the other side of the country for a fellowship, but that’s neither here nor there. What Callie should be doing, if anything, in regard to Sofia, is to move to New York and then plan out how Sofia could join her. Oh, and discuss the whole thing with Arizona beforehand. I think Callie is bored or tired at Grey Sloan, and she’s putting all of her eggs in the Penny basket. It may not even work out. In the meantime, Callie is all set to ruin her relationship with Arizona — there’s no way that this doesn’t end in an ugly courtroom scene.