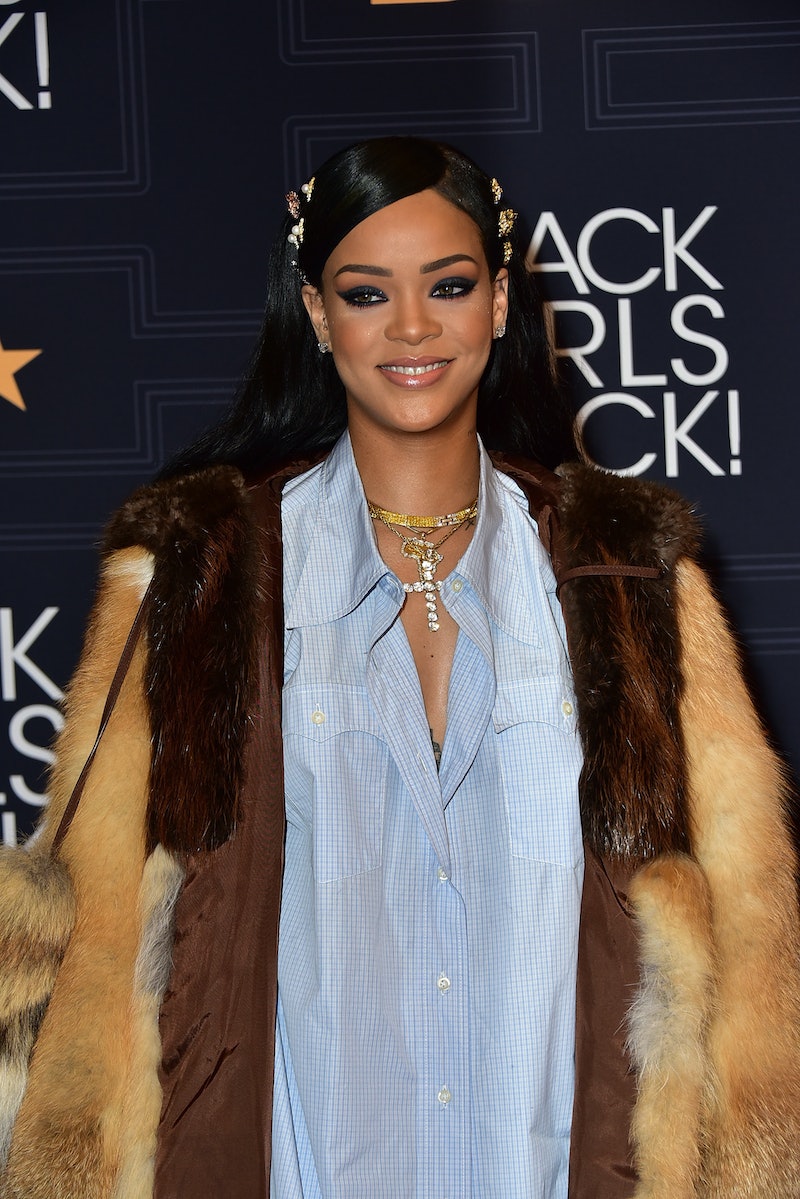 The spring footwear launch you've been waiting for is finally here! Rihanna has designed some fabulous shoes for Puma, but the singer's Fur Slides have been the most talked about yet. Now that they're finally here, they're selling quickly, and no one knows when they'll be back in stock. The Rihanna Fur Slides aren't on backorder either, which means you should probably stop reading this and go see if your size is still available.

Rihanna's Puma Fur Slides have been at the root of many fashionable conversations since she first wore them on the cover of Fader , and now you can order you very own — if you act fast. The footwear of the moment went live on the Nordstrom website Friday and it didn't take long for certain sizes and colors to start selling out. The shell color was the first to sell out, and Nordstrom doesn't appear to have the option to backorder them. At 9:30 am EST, the pink hue has officially been eliminated from the site altogether, like it wasn't even there in the first place. It looks like once these summer slips are gone, they're gone, my friends.

As for the Puma website, there was no trace of the shoes prior to the 10 a.m. EST launch time.

At $80 a piece, this is without a doubt the footwear of the summer. Rihanna took the classic look, added some fur, and made it a complete hit. Not to mention how versatile they are. Sure, they might have some fur on them, but it's not too crazy or over-the-top, which makes them appealing to a lot of people. They're also water resistant and pretty practical for some heavy walking.

This isn't the first time that the singer has sold out a Puma shoes either. Her Creepers and Trainers flew off the shelves, and the company didn't backorder for those two footwear launches either. Since the new furry slip-ons were even more affordable than the other two, it only makes sense that they would sell just as fast.

So what are you waiting for? Go snag yourself a pair while they're still in stock!