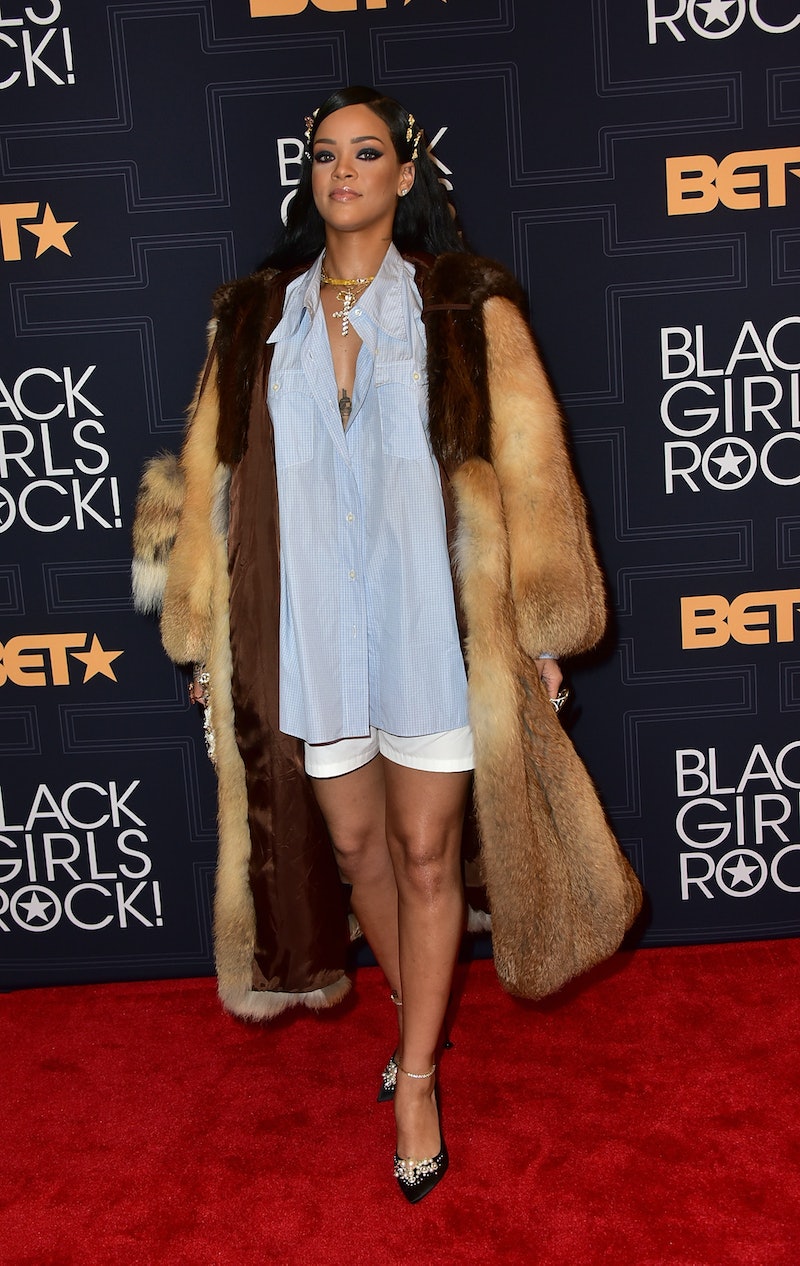 There's been tons of hype surrounding Rihanna's Puma Fur Slides, and now that they're finally here, they're flying off the virtual shelves. If you can believe it, the furry little sandals have hit online resale shops before they even sold out completely online. How much are Rihanna's Puma Fur Slides selling for on eBay? Let's just say that the price is not right if you're looking to shop outside the official retailers.

The upgraded slide-on sandal is pretty much the coolest summer shoe to be released this season, so I figured that it would sell out super fast on both the Nordstrom and Puma sites. What doesn't makes sense though is how people are already selling Rihanna Fur Slides for over three times the original selling price on eBay. The new summer-ready shoe hit the online resale site before it even went on sale on the Puma site. That's pretty crazy, if you ask me.

The prices didn't quite sky rocket like $10,000 Kylie Lip Kits after they first launched, but they are going for between $130 and $315 on the site, up significantly from the official $80 price tag. That's a whole lot more than asking price! Almost four times as much, to be exact.

The shell color was the first one to go from the Nordstrom launch, which was an hour earlier than Puma's, but the black are currently going for the highest price on eBay.

As of 10:50 am EST, there are still a few different sizes available on the Nordstrom site, so I wouldn't rush off to make your eBay order just yet. That's a whole lot of money for a pair of shoes, people. I can see how it would be tempting though seeing as there's no word on whether they will be restocked yet.

What makes the Fur Slide so appealing is how versatile it is. Rihanna somehow managed to make the sporty style from your middle-school years cool again by just adding a little bit of fur. I guess it also helps that she's been wearing them around photos shoots and as a part of her street style collection for months now, getting everyone excited.

In my opinion, this slide-on is much more wearable than the her Creepers or Trainers, which also sold out the first day. As Puma has mentioned before, you can wear them with or without socks, making them practical for just about any summer style situation. The Puma Fur Slides even hold up through the rain.

I'm not saying all this is enough to pay three times the original price for, but hey, the option is always there.