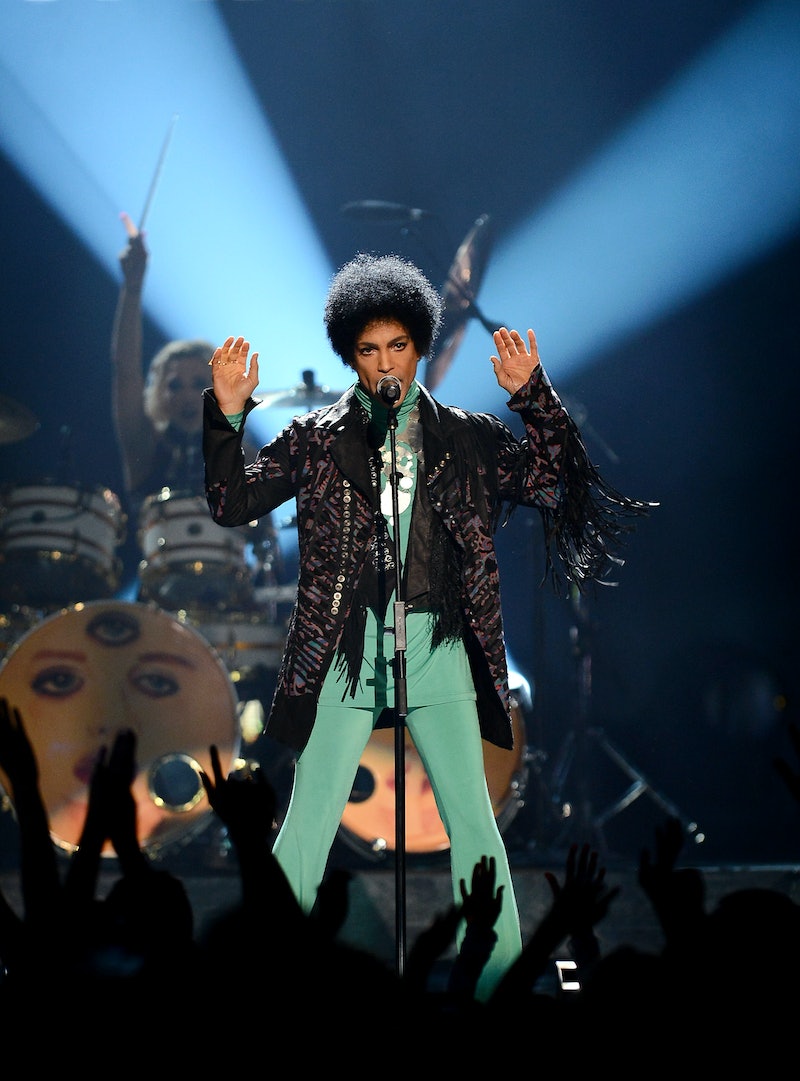 Prince was a man with a near-mystical grooviness, whose lyrics often name checked a god and who seemed deeply spiritual (though never with any rejection of sexuality). These qualities mean it's only natural to ask: what religion was Prince, anyway? Well, according to Time Magazine, Prince "had been raised a Seventh Day Adventist, but in 2001 he converted to the Jehovah’s Witness sect."

According to a New Yorker article on the subject, Prince had his conversion after "a two-year-long-debate with a musician friend, Larry Graham." Prince said “I don’t see it really as a conversion. More, you know, it’s a realization. It’s like Morpheus and Neo in ‘The Matrix.’"

Probably the best part is that Prince did the same work that other Jehovah's Witnesses do — namely, he went door to door passing out leaflets. Can you imagine? "Sometimes people act surprised, but mostly they’re really cool about it," he said, before going on to say:

We started talking red and blue. People with money — money like that — are not affected by the stock market, and they’re not freaking out over anything. They’re just watching. So here’s how it is: you’ve got the Republicans, and basically they want to live according to [a Bible]. But there’s the problem of interpretation, and you’ve got some churches, some people, basically doing things and saying it comes from here, but it doesn’t. And then on the opposite end of the spectrum you’ve got blue, you’ve got the Democrats, and they’re, like, ‘You can do whatever you want.’ Gay marriage, whatever. But neither of them is right.

Prince appeared to put his new belief before all else, including his health. In 2009, it was reported that Prince had refused to get hip surgery because of his faith. However, the pleasure Prince's faith brought him is undeniable. In this extremely charming Time piece, music critic Mark Brown reminisces about the time Prince tried to convert him to his faith: "On my way out the door, Prince gave me a Watchtower pamphlet, looked me in the eye and told me that when I was ready I should call his publicist anytime, day or night, and she would get him on the phone immediately so he could convert me himself."

You guys, whether or not you're convinced about the existence/greatness of a deity, I think we can all agree: Prince is great, and he will be missed.