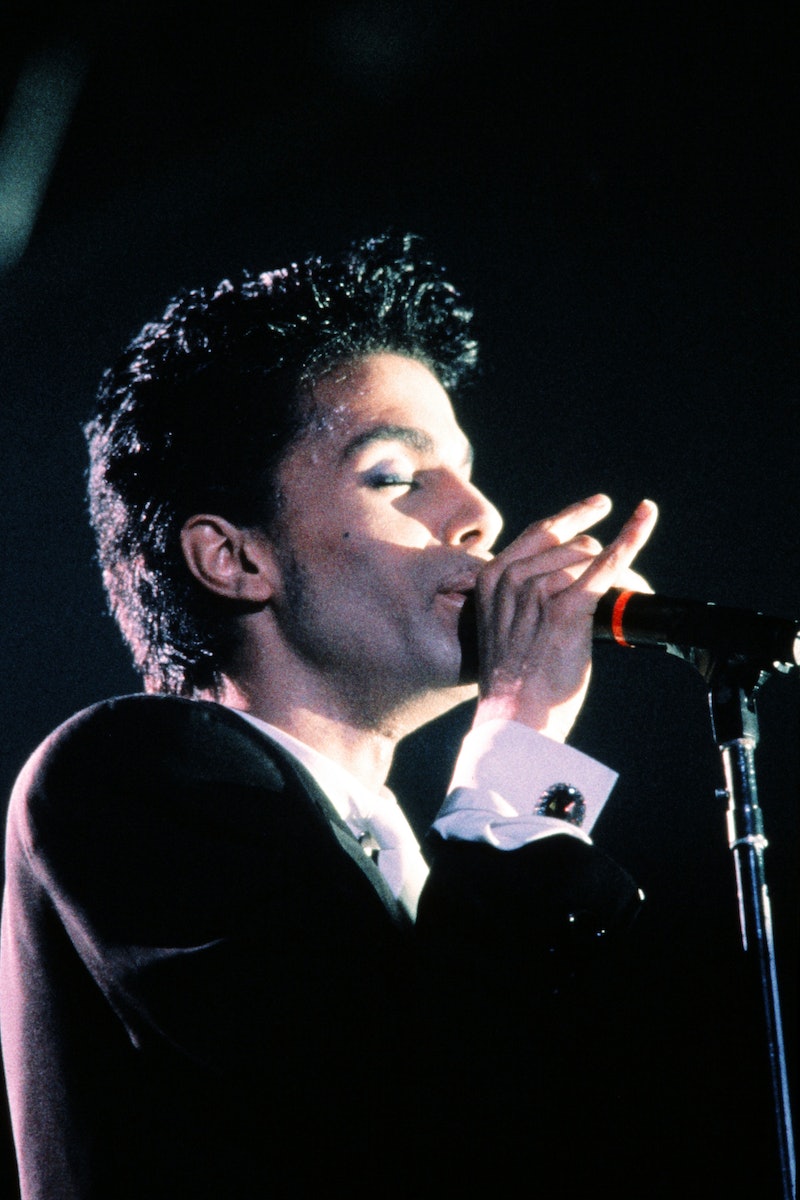 In the wake of the devastating loss of musician Prince on Thursday, fans are understandably looking for ways beyond listening to his 39 studio albums to honor and celebrate his many contributions to the arts. It makes sense, then, why fans old and young want to watch Prince's feature films to remember that he was so much more than just a legendary musician. Arguably his most famous film role was that of his debut, Purple Rain, which has achieved cult status since its release in 1984. Albeit less well-known, the unofficial sequel to Purple Rain, called Graffiti Bridge, is also worth a watch. So, where can fans check out the movie? Is Graffiti Bridge on Netflix?

Fans are quickly learning that his four feature film releases are unavailable for streaming on Netflix, but fear not: You can rent or buy Graffiti Bridge on Amazon Video. Whew. It's also available to rent or buy on iTunes, so there's no reason why fans can't easily access the film even though it's not on Netflix. Thank goodness for that. Plus, there's always hope that in the wake of Prince's death, Netflix will realize the obvious demand for his films and get them available for streaming, but until then, there's always Amazon and iTunes.

The movie is a must-see for Prince fans, but it wasn't a critical or commercial success upon its release in 1990. The film holds a 33 percent rating on Rotten Tomatoes, while its predecessor, Purple Rain , holds a solid 67 percent. The film sees Prince reprising his role as "The Kid," and he lent his many talents to the project, not only starring in it, but also directing and writing both the script and score. Critics weren't kind to it, but fans loved seeing Prince reprise his role as the hero facing off against his nemesis, Morris (played by Morris Day) for ownership of the night club that The Kid manages and has so much passion for.

Like its predecessor, Graffiti Bridge also had a very successful soundtrack album, which was more well-received than the film it was inspired by. So even if the film didn't take home any Oscars that year, fans will still appreciate seeing Prince's energy and passion on screen alongside some of his fantastic music. And really, what could beat that?

More like this
Emma Thompson, Lashana Lynch, & Stephen Graham Lead Netflix’s 'Matilda'
By Sophie McEvoy
15 Intriguing Movies On Netflix That Are Based On True Events
By Mary Kate McGrath, Shannon Barbour and Grace Wehniainen
Every Song In The Umbrella Academy Season 3
By Kadin Burnett
Here’s Everything Coming To & Leaving Netflix In July
By Grace Wehniainen
Get Even More From Bustle — Sign Up For The Newsletter