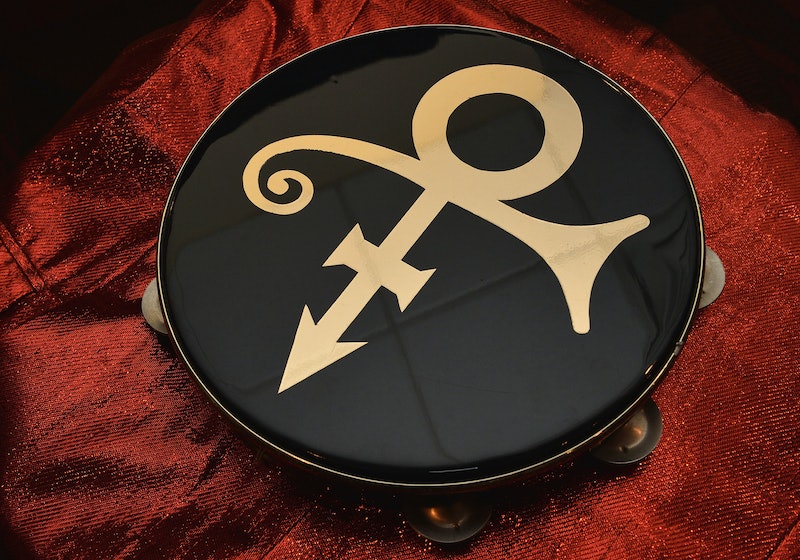 The sudden passing of Prince on Thursday, April 21 has left the world devastated and looking for a way to honor a man whose music touched so many lives. Prince was an enigmatic figure who valued love above all else, and one way he expressed his peaceful nature was with his symbol. That symbol was a part of his identity that he continued to incorporate into his wardrobe and shows long after he went back to being Prince. In the wake of his death, you as a fan may be feeling the urge to draw Prince's symbol, and that is an urge that I understand.

Maybe you want a tattoo to honor Prince and his impact on your life, or you simply feel compelled to put pen to paper and create. For Prince, the symbol was all about love. It is a combination of the symbols for male and female, and bringing them together in perfect harmony to create something new and beautiful is something only someone as forward-thinking and influential as Prince would come up with. I'm not going to lie, if you are not great at the whole art thing — and trust me, I am right there with you — drawing anything can be daunting. This isn't about perfectly recreating Prince's symbol, although if you want to do that tracing is an excellent option. It is about putting your creative muscles to work in honor of a man who spent his whole life creating for you.

Now go grab your drawing utensil of choice, a piece of paper, and learn how to draw Prince's love symbol. Disclaimer: I took art history in college, not art, so just know this was made with love, not talent.

Start at the top with a circle that doesn't close. Think tires, donuts, anything round with an open center. If you are terrible at free-handing circles, like I am, then you can grab something circular to guide you. If you feel like going with your own natural flow instead, then go for it. No one is getting graded here.

Step #2: Turn Your Circle Into A Sad Snail

This is the hardest part of the entire symbol. Ideally the right side will look more like a pointed triangle. I was not super successful in recreating this bit, but maybe you will have better luck. The other side is a basic swirl which you should have no trouble with. Remember: don't close the lines, the symbol is all about connectivity.

Again, the key is sharpness in the cross. I clearly do not do well with edges, but, if you think of an ax, that should help you create the desired sharp effect.

Now bring the line down and create an arrow with sharp points. Once you finish this part, your symbol will be closed and complete. The next two steps are optional.

Step #5: Color In Your Masterpiece

I chose gold to color in my symbol, but, if you want to go all purple for Prince, that would look awesome, too.

Step #6: Share Your Tribute, No Matter How Wonky It Looks

Share your tribute. I'm sharing mine with you, and the last time I drew anything I was in elementary school (shocker, right?). The symbol is one of love and positive energy. Send those good vibes out in the world for Prince.

Prince was one of a kind, and recreating his most iconic image is not about perfection, it's about the cathartic nature of mourning a true legend. Let your appreciation for Prince and his beautiful body of work shine.