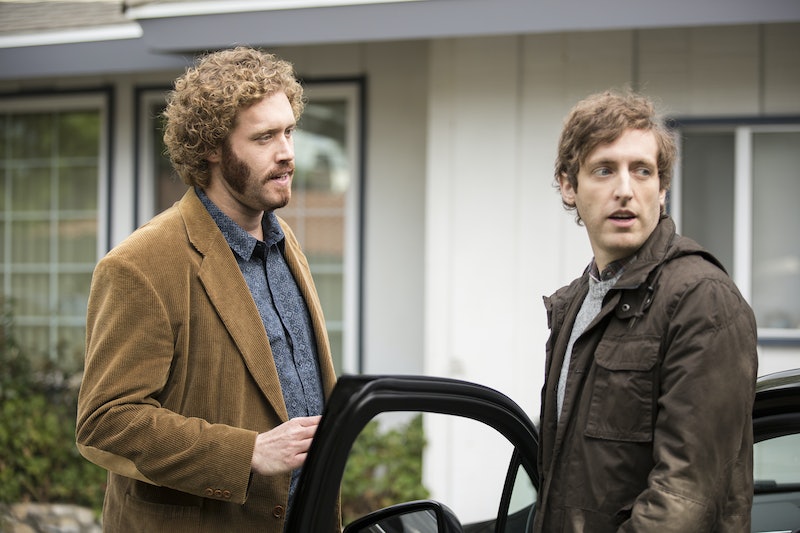 Things move fast in HBO's version of the tech industry, which is how Richard Hendricks found himself demoted from CEO of his own company to CTO in the Silicon Valley Season 3 premiere. When shopping around for other companies that would allow Richard to keep his pride, he comes across the forward-thinking Flutterbug, who wants Richard to lead engineering on a fantastical new technology that seems poised to change the world. That technology, of course, allows you to look in a camera that puts a fake mustache on your face. But is Flutterbug real, or just another one of Silicon Valley's many gags?

While Flutterbug software isn't real, the concept behind it is and you probably already have something similar in your pocket. Some apps already exist on the market to add mustaches to pictures, such as BoothStache, though none are currently dedicated to placing mustaches on live video. The idea of Flutterbug is most similar to Snapchat's popular lenses feature, though the fictional app only uses mustaches, which seem pretty realistic and come in a variety of options. But like Snapchat lenses, Flutterbug uses face-mapping to add features to the user's face, making it the best comparison.

Success on Silicon Valley, and the tech industry as a whole, is often measured by how much one's companies sell for. In the Season 3 premiere, we saw the Pied Piper team in awe of the new CEO because of profits earned by the companies he's lead.

Though Flutterbug's mustache technology may have been a passing joke on Silicon Valley, it also could come up along Pied Piper to be the next big wonder in HBO's world of tech and tell another realistic story about big acquisitions.