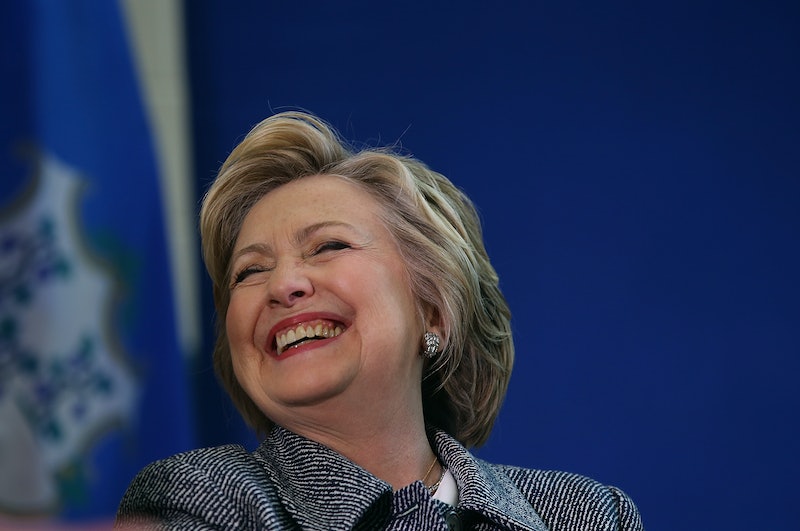 Another slew of states will hold their primaries on Tuesday, including three in New England. One of them is Connecticut, and like so many other late-voting states, it hasn't received much attention at all this primary. So, what's going to happen in the Constitution State? Well, Connecticut primary predictions aren't exactly hard to come by — but you should take them with a grain of salt.

The polls in Connecticut aren't ambiguous: Hillary Clinton and Donald Trump are poised to win the state's Democratic and Republican primaries. Clinton has a modest but consistent lead of about 7 points, while Trump is crushing the rest of the GOP field by around 20 points. The two parties' frontrunners in the delegate race, then, are also the frontrunners in the Connecticut primary.

That said, nobody should be too confident about what will happen in Connecticut on Tuesday. Although the polls indicate two clear favorites, this is undercut by the simple fact that there hasn't been a whole lot of polling in Connecticut this cycle. Primary voters in the state have been surveyed just five times in total, at the time of writing, and that includes a poll that was conducted in March 2015, three months before Trump even declared his candidacy. There isn't a whole lot of data to draw from here.

Polling aside, there are some other reasons to be bullish on Clinton and Trump's odds in Connecticut. Trump in particular should be optimistic: Other than his loss to Ted Cruz in Maine, he's won every New England primary so far, often by enormous margins. And even though there's been scant polling in the state, the fact that multiple polls show him leading by 20 points is far from a trivial fact.

Given her performance in past primaries, Clinton can't quite be as hopeful. Her polling lead is a lot smaller than Trump's, and unlike the Donald, she's lost every state in New England except for one. But the one exception is a big one: Massachusetts, an ideologically and demographically similar state to Connecticut that also happens to be its next door neighbor. Clinton won it by a slim margin, and while that's no assurance of anything, it's certainly better than nothing.

From a delegate standpoint, Connecticut is of medium importance in both parties. But in the Republican race, the delegate math is so unnervingly close that any state could conceivably tip the scales to one candidate or another, and that means every remaining state counts. Donald Trump still has a path to clinching the nomination before the convention, but he has almost no room for error, and so, oddly enough, the candidate who's most heavily favored favored to win the primary in Connecticut also has the most to lose if he falls short.