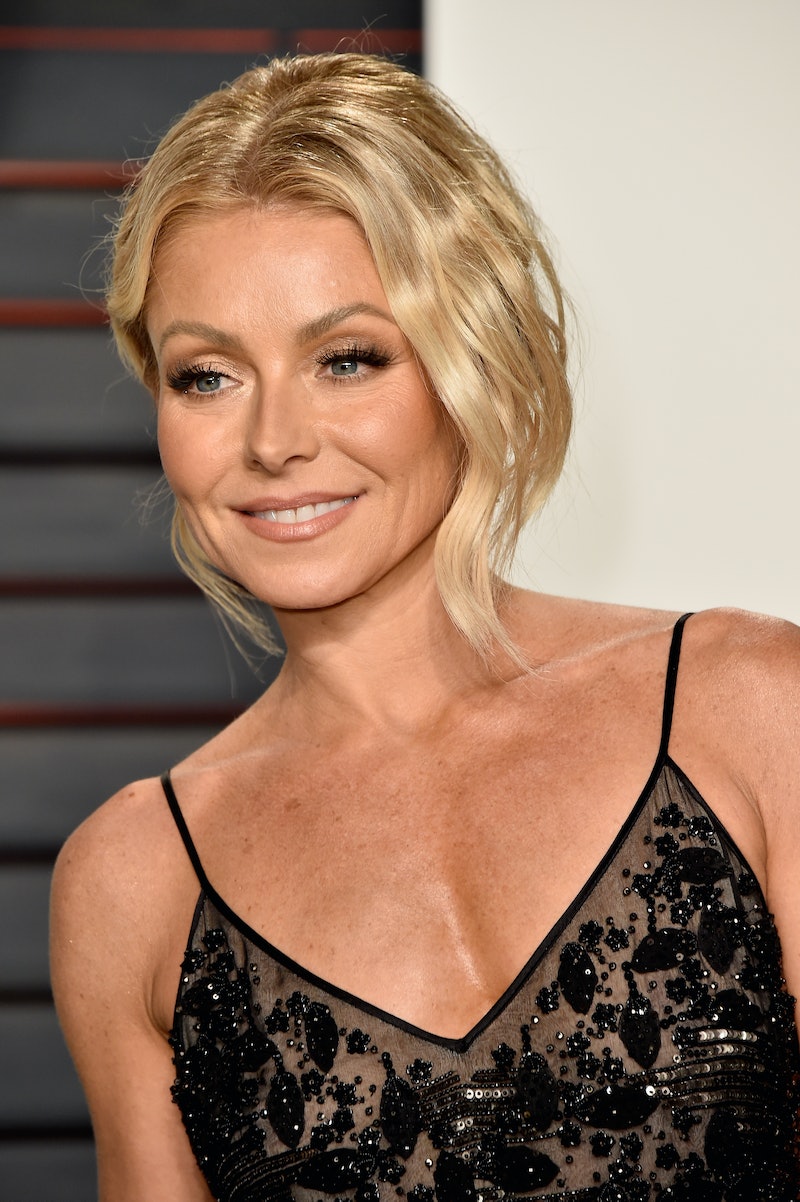 She's ba-ack! I mean, almost. Last Wednesday — the morning after Michael Strahan announced his departure from Live! so he could ultimately move full-time to Good Morning America instead — Kelly Ripa was absent from her own talk show. Rumors instantly followed surrounding the reasoning for her absence — some alleged Ripa was upset at the news and that the two had possible beef because of Strahan's decision to leave (Bustle reached out in response to these rumors but has yet to hear back) — but no reason was officially given for her departure. And she has to come back, right? This won't last forever. The answer to your burning morning talk show question — when will Kelly Ripa be back on Live!? — is here. And it's good news, people. Ripa will reportedly make her way onto the set sooner than you think. According to an email obtained by The New York Times, Ripa is returning to Live! this Tuesday. According to the report, Ripa wrote the following message to the staff of Live!:

(Sorry for this late Friday night email). I wanted to thank you all for giving me the time to process this new information. Your kindness, support, and love has overwhelmed me. We are a family and I look forward to seeing you all on Tuesday morning. Love, Kelly.

No word has been given on whether or not Live! will do what it did in 2012, when Regis Philbin left the series, which was run through a series of test co-hosts until settling on Michael Strahan as permanent co-host with Ripa — and it, of course, remains to be seen who will take Strahan's place. I hope that Ripa and her future co-host will have the kind of rapport we've all witnessed between her Strahan since 2012.

Ripa will be off on Monday, as according to The New York Times, she had already taken a vacation that day to celebrate her 20th wedding anniversary. In her place will be Pretty Little Liars actress Shay Mitchell.