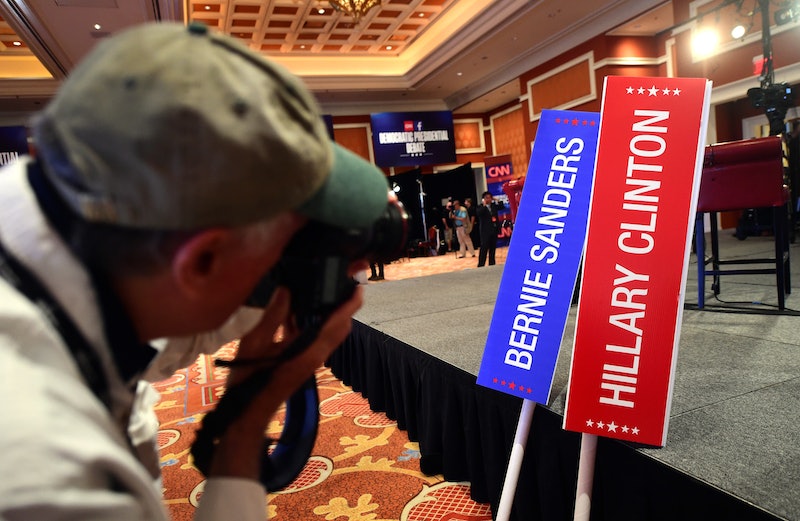 The Rhode Island presidential primaries are slated for Tuesday, and while the Ocean State doesn't have many delegates to offer, every state is a must-win at this point in the race. Rhode Island has just 19 delegates available for Republican candidates Donald Trump, Ohio Gov. John Kasich, and Sen. Ted Cruz of Texas. Meanwhile, America's smallest state has 33 delegates up for grabs for Democratic candidates Hillary Clinton and Sen. Bernie Sanders of Vermont. Which candidates will come out on top in Rhode Island? It'll end up being a close race for one party.

There haven't been too many polls coming out of the Ocean State, but the polling data that is available reveals that Rhode Island Democrats are fickle. There's no public polls in the state, but two polls conducted in February by Brown University yielded varying results. The first had Sanders winning Rhode Island with 48 percent of the vote, with Clinton trailing at 41 percent. Just a week later, the same poll flip-flopped, giving 49 percent of the vote to Clinton and 40 percent to Sanders.

But many pundits are already saying the win will go to Clinton. According to ABC News, Clinton leads Sanders in pledged superdelegates in Rhode Island. In fact, all nine of the state's superdelegates have said they plan to endorse her.

On the Republican side, it looks like Trump may be the clear winner. A Brown University poll conducted in February showed that he had 43 percent of the vote. However, this poll was conducted when Sen. Marco Rubio was still in the race (Rubio came in second, with 25 percent of the vote). With Rubio gone, Kasich may receive a boost, but it will likely not be enough to overcome Trump's considerable lead.

If anything, it seems like Trump has taken an even bigger lead in Rhode Island. Nate Cohn of The New York Times Upshot blog released a projection on April 20 that heavily favored Trump. Cohn predicted that Trump will win the Ocean State with 57 percent of the vote, Kasich would get around 29 percent, and that Cruz would come in third place.

Pundits believe the Rhode Island primary will likely turn out like the Massachusetts primary, as the two states are very similar politically. Clinton and Trump both won that state for their respective parties.