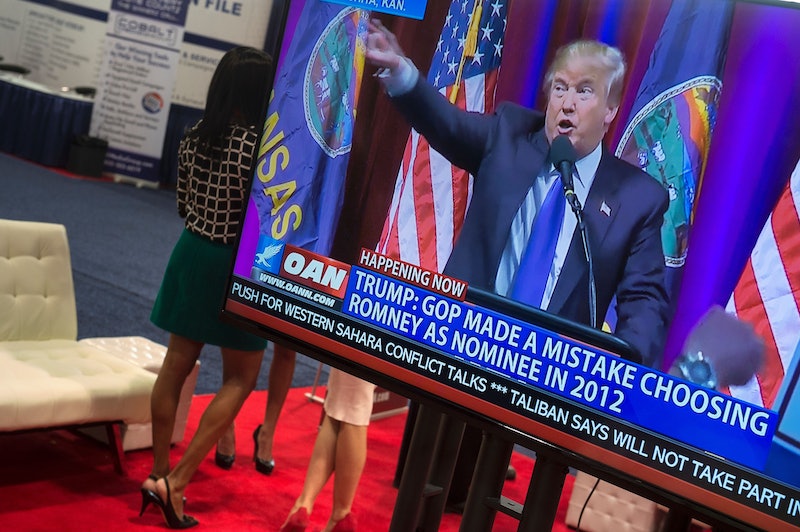 With five states heading to the ballot box to cast votes in Democratic and Republican contests, Tuesday is shaping up to be a busy day. Consider it the third (or is it the fourth?) Super Tuesday of the 2016 presidential primary. The day's excitement will only just be getting started when the polls close. Voters and presidential hopefuls can expect an evening full of tense anticipation as officials begin tallying votes. So, when will the Maryland primary results be announced?

It's hard to say exactly how long it will take to count all the votes out of Maryland, but results are expected to begin rolling in shortly after polls close at 8 p.m. Eastern on Tuesday. It could be hours, or even well into the next day, however, before 100 percent of the vote is in, though more often than not projected winners are announced before the final tally has been taken.

There are a few different factors this year that could draw out vote counting in Maryland. The state has opted to return to a paper ballot system with the 2016 primary, having voters fill out paper ballots which they then feed into a scanner. The shake-up in balloting systems could potentially slow down both the voting and tallying process although state officials have said the transition has so far been smooth during early voting, reported The Herald-Mail of Hagerstown, Maryland.

The state also saw a record number of early voters — three times the number who turned out in the 2012 primary — in the run up to Tuesday's primary. According to The Washington Post, 7.5 percent of Maryland's eligible voters cast early ballots. Voter turnout is expected to continue to be high due to the state's open Senate seat, this year's heavily covered presidential primaries, and the state legislature's recent move to restore the voting rights of more than 40,000 people with felony convictions.

Democratic presidential candidate Hillary Clinton has led every major poll to come out of Maryland, with RealClearPolitics reporting the frontrunner holds an average lead of 21.7 points above Sen. Bernie Sanders. Clinton's earlier win in New York's key primary pushed her to securing 1,446 of the 2,026 pledged delegates a candidate needs to secure the Democratic Party's nomination. Sanders trails behind with 1,207 delegates and a much more narrow path to victory before him.

In the state's Republican contest, businessman Donald Trump appears to be dominating polls with an average lead of 14.7 points on rivals Sen. Ted Cruz and Gov. John Kasich. A win in Maryland wouldn't secure the GOP nomination for Trump as it sends only 38 delegates the party's national convention and allocates only 14 of them in a winner-take-all statewide vote. The remaining 24 are awarded based on congressional districts.

It will likely take a few hours at least for 100 percent of the votes in Maryland to be counted, but with results revealed on a rolling basis there's no telling when a projected winner will emerge.