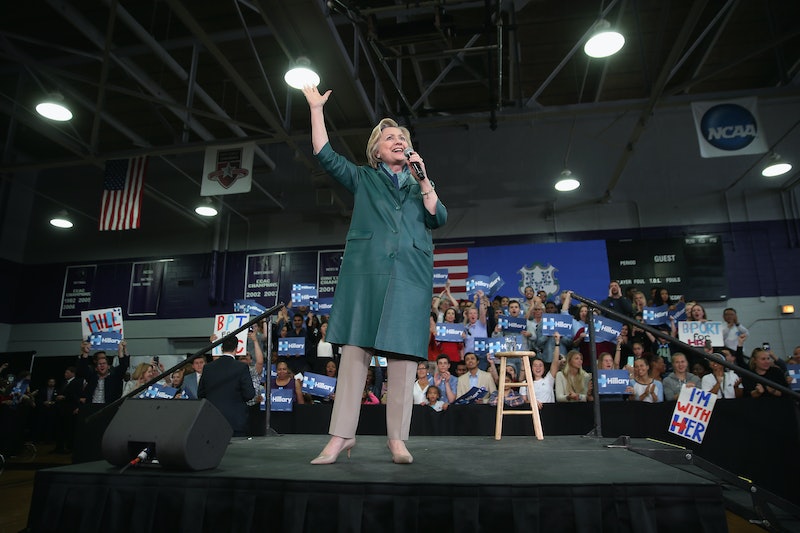 On April 26, five Northeastern states will host their own Democratic primaries and though the polls favor Hillary Clinton overall, Rhode Island might not be her best bet for a landslide victory. Larger states including Maryland and Pennsylvania have welcomed the frontrunner with open arms, but smaller states such as Rhode Island, Connecticut, and Delaware, aren't so certain.

Throughout the primary season, Bernie Sanders has done considerably better than Clinton in smaller, whiter states. In addition to being the smallest state in the United States, Rhode Island is also over 80 percent white, according to the U.S. Census Bureau's July 2014 calculations. Unfortunately for Sanders, his campaign has fallen short when it comes to attracting the minority vote. However, he has found immense success in smaller states that can manage to surround its political progressives in a bubble.

Brown University's Taubman Center for American Politics and Policy surveyed about 600 Rhode Island voters and found that while Clinton maintains a 9 point lead over Sanders, 48 percent of voters under 45 years old prefers the Vermont senator. Furthermore, 16 percent of voters surveyed remain undecided. Clinton, on the other hand, is favored by both minority Rhode Island residents as well as those who are over 65 years of age. Another poll conducted by Public Policy Polling projected Sanders has a four point lead over Clinton, making any predictions in the sparsely populated state difficult to rely upon.

As Bustle's Emily Shire points out, Rhode Island's "semi-closed" primary system also gives Sanders an advantage he won't see in the majority of other states voting that day. Rhode Island's Democratic primary is technically closed, but in reality, it more closely resembles an open one. According to the rules, Rhode Island's independent voters don't have to register with the Democratic Party prior to voting. Instead, their vote actually doubles as a form of party registration. They can simply "disaffiliate" with that party as soon as they submit their ballot.

As of March, over 40 percent of Sanders' support came from independent voters in almost half of the elections held. This heavy reliance upon independent voters has definitely helped the candidate, but has also hurt him in states, such as New York, that require non-affiliates to register with a party months in advance.

Though Rhode Island is an ideal environment for Sanders, Clinton has a good history with the Ocean State. In its 2008 primary, she beat Barack Obama by an 18 percent margin. The frontrunner has made an effort to maintain that past support by rallying and opening up campaign offices in the state. Over the past several days, Sanders has done the same thing in hopes of achieving what Obama could not in 2008.