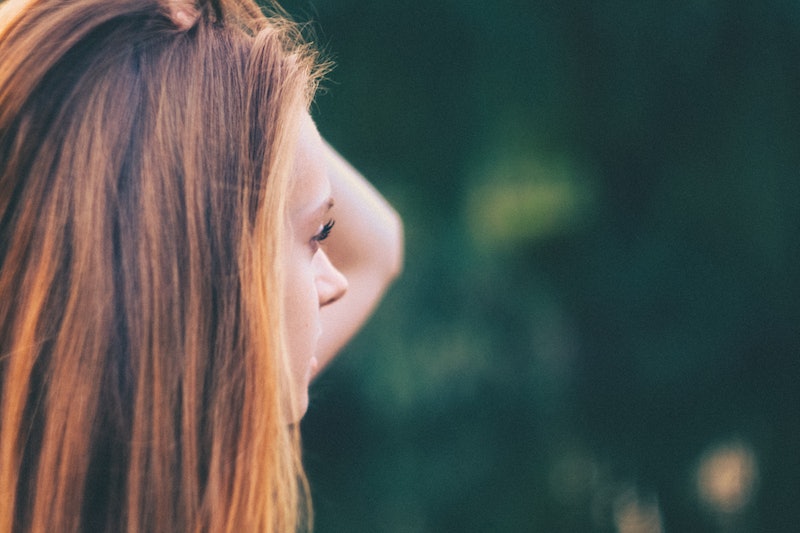 You've just had a fun night out — drinking, adventuring, being your uninhibited self — and gone to bed with the faint boozy trace of a smile on your face. But now that the sun is up, you're awaked after a few hours of alcohol-crazed dreams and that smile is gone. You're wrecked with drinker's guilt. You're dizzy with uncertainty. Anxiety sprays from a fountain in the center of your chest, spewing fear and acidic worries into your stomach, the backs of your legs, the sides of your arms and the choke of your neck. You feel violently ill, and it's not the kind of hangover that you can cure with hash browns and electrolytes — you've got drinker's guilt, and it's going to stick with you for the rest of the day. It might ebb and flow, ranging from intense mortification and analyzation of your every memory of the night before, to a slight discomfort lurking in the shadows of your every otherwise thought.

Did I say something stupid? Did I behave like an animal? Did I offend anyone? Did I ruin my image? Is everyone mad at me? These are the kinds of thoughts that plague people who suffer from drinker's guilt. Some people can wake up after a night of debauchery and drink some coffee, eat some bacon and move on with their day. Other people pay for the night before, so intensely that they promise themselves never to drink again, every time. Why do some of us wake up with a moral hangover even when we didn't do anything to deserve it? These are five reasons you suffer from hangxiety:

You've "Let Yourself Down"

Psychologist Dr. Richard Stephens discusses the element of guilt unknowingly associated with drinking, in his book Black Sheep: The Hidden Benefits of Being Bad . His studies show a clear correlation between shame and hangovers, but he asks: which comes first, the guilt or the hangover? Does one influence the other? Chances are, he suggests, if you can't put your finger on the guilt — i.e., if you can't think of a specific reason why you should feel shameful about the night before — it's probably just the fact that you feel that you've let yourself down. While cutting back on drinking might not have been a forefront plan, knowing that you drank a lot means that you willingly crossed a line the night before, forfeiting the following day. Basically, you're mad at last night's self for putting this morning's self in trouble.

The second you wake up in the morning and feel that soreness behind your eyes, the dryness in your mouth, the slosh of acid in your stomach and the ache in your joints, you know you're hungover. Once you've made that assessment, you immediately become disappointed with yourself for not taking better care of yourself. In your early morning clear mind, you can't help but hyper-focus on the way you feel — poisoned. Anxiety kicks in as a self-defense mechanism. You're protecting your mind from your body.

You've Had Too Much To Drink

The more you drink, the worse you feel. That's science. Sometimes the anxiety you feel in the morning is an added alert you're giving yourself to let yourself know that you're drinking too much. The anxiety acts as a self service almost, wedging its way between you and your drinking habits. It tries to deter you from drinking away your hangover from last night. The anxiety tries to steer you onto a different path.

Alcohol reduces the amount of "anti-diruectic" hormones in your body, meaning it lets your body rid itself of much more water than it does when you're sober. Your bathroom breaks are leaving you dehydrated. The effects of dehydration in the body lead to more than thirstiness and headaches — it can also lead to faintness, dizziness and confusion. Those feelings can churn up anxiety as your body tries to protect itself from harm. The more drowsy and sick the alcohol makes you feel, the more your body is going to release cortisol to amp up its defenses. Drinking water between drinks can help combat extreme loss of water and in return, reduce risk of anxiety.

You're Drinking The Wrong Drinks

Drinks with higher congener content like bourbon, scotch, dark beers and red wines will leave you with stronger hangovers ... as opposed to drinks like white wine, vodka, and gin, alcohols with lower congener content that will be less likely to make you pay the next day. If you're loading up on dark, sugary drinks, you're putting yourself at risk for more than an anxious hangover. The high sugar content on top of the dehydrating effects of alcohol are going to seriously mess with your blood sugar, which will only add to the amount of panic and cloudiness you will experience in the morning. So if you want to drink but you don't want to deal with the morning freak out, drink light, low-sugar drinks, punctuated by lots of replenishing water, and try not to overdo it. Anxiety can be your body's way of reminding you that alcohol has serious effects on your health, and while it might be fun and fine in moderation, it's a potent poison.