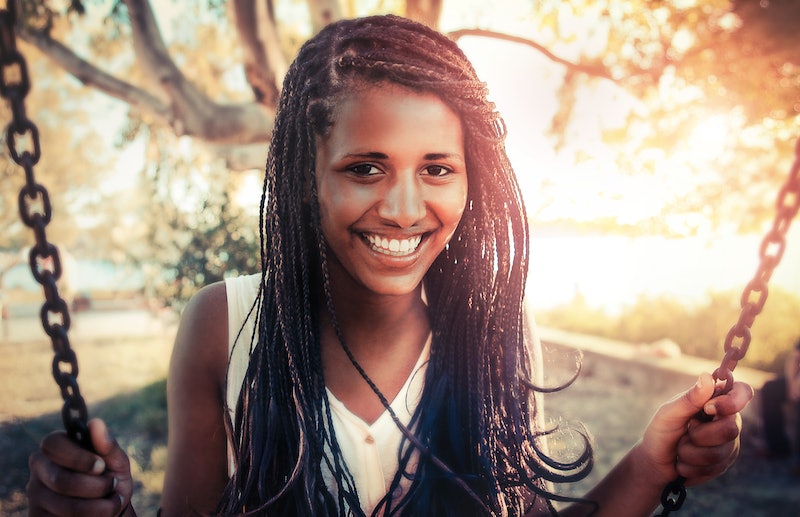 How good are you at reading other people? Not amazing? Well, research has shown that there's really only one question to ask in order to read someone's personality. Like, you're allowed to ask more — but this one tends to reveal a lot. Perhaps not so surprisingly, a person's description of a peer tends to reflect more on the person doing the judging than it does on the peer; as humans, we tend to see what we consider to be our own traits in others. But, fair warning: After you ask this question, some of the results might make you want to, um, run.

Psychologists at Wake Forest University tested this theory by asking participants to describe what they considered to be another's positive and negative attributes. The results, published by the American Psychological Association , concluded that those who saw people as generous tended to be more generous; meanwhile, those who saw people as selfish tended to be more selfish. In addition, people who viewed other humans in a more positive light were, on the whole, more satisfied with their own lives. This makes a certain amount of sense ot me; if you see the world as filled with light and love, you'll probably be like, "Yeah, it's rad to live here on this planet." If you see the world as awful and filled with greedy garbage trolls, you may be more of the opinion, "Um, this sucks and I wish it would change and I'm probably a garbage troll, too."

The exceptions to this rule were, perhaps unsurprisingly, people with strong narcissistic tendencies (who found others not up to par), and those exhibiting paranoid behaviors (who saw others as selfish and dangerous).

Even after returning a year later, scientists found that, overall, peoples' opinions of themselves didn't really vary. They also noticed that a pattern of deeply negative opinions about others tended to indicate depression and a host of other psychological disorders.

Though this little trick does do well in terms of gauging another person's personality (do you trust a person who immediately shit talks everyone around them? I certainly don't), it's an exercise worth trying on yourself. Identifying negative thinking patterns and making a conscious effort to correct them really can make a difference.