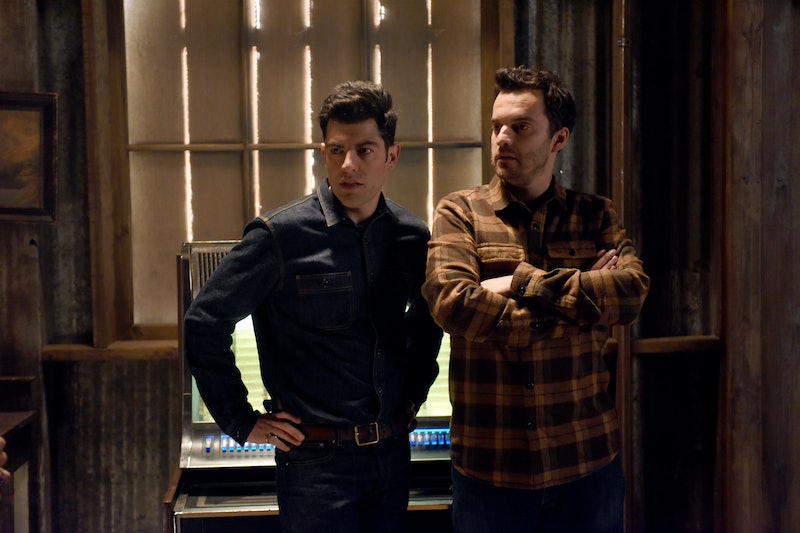 Schmidt has never been a stereotypical "tough guy" on New Girl, but he's never tried to be... until now. After being emasculated in front of Cece, Schmidt's bachelor party road trip on New Girl took on a very different theme. Instead of serene Tokyo aesthetics and cherry blossoms, Schmidt now wanted a "manly" trip to Vegas on a motorcycle. In other words, it was the least Schmidt-like bachelor party you would ever expect to see, but it allowed New Girl to explore tropes of stereotypical masculinity in its usual hilarious way.

Schmidt was worried that he'd have to assume the role of "protector" in his marriage. So when that guy yelled at him and he just sat there and took it, he felt unworthy of Cece in some way. And while the sentiment can be seen as sweet (he loves Cece and wants to be strong for her), it's a very old-fashioned way of thinking and completely unnecessary. Luckily, Nick was there to help educate Schmidt on such matters and make him realize what it actually takes to be a good modern partner.

He explained to his pal that he already possesses all of the characteristics Cece needs by listing off all of the things he currently does for Nick. Schmidt always has Nick's back and cares about what he eats. (He even occasionally combs Nick's hair when he's passed out so that it won't get knotted.) In short, Nick knows that Schmidt will make a great husband to Cece because he's already spent years being a great husband to Nick.

It's an adorable moment for these two loftmates and one that's sure to give us plenty of bromance feels for weeks to come. But it also showed Schmidt that he doesn't need to conform to any stereotypical traits of masculinity. Besides, Cece doesn't need to be "protected" in that way — she is already more than capable of taking care of herself. What she needs is a partner who will love and respect her, and the fact that Schmidt already does that is why their marriage will last.