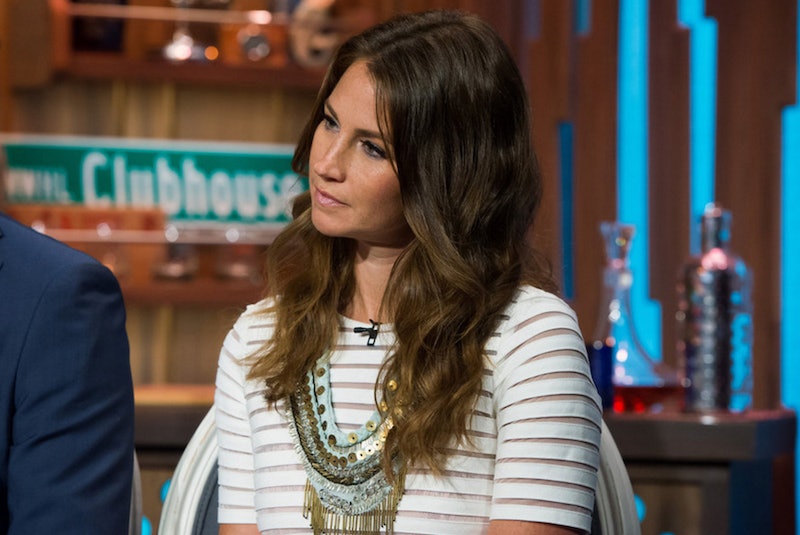 As Monday evening's episode of Southern Charm wound down, I kicked off my post-episode routine: I flipped open my laptop and spent tens of minutes scanning the cast’s social media accounts for any and all show gossip (special shout out to Kathryn Dennis for tweeting scorching hot balls of fire week after week). When it was time check out Clements’s Instagram page, I typed “landon clements t” into my browser’s search bar. Yes, the "t" was a typo. The "t" had no business being there. The "t" had to go.

"Hold the flip phone," I mumbled at my web browser. "Am I seeing things? How am I only hearing about this now? Don't I feel tardy for the party."

And before the typo incident transpired, I had no idea Clements was on The Hills. I am forever indebted to that accidental "t."

And with that, I spent the next twenties of minutes scouring the Internet for any and all details pertaining to the Southern Charm star’s turn on the iconic MTV show. Here is what the 'net told me: Clements first appeared on The Hills in Season 1 Episode 3 as an assistant to Brent Bolthouse, Heidi Montag’s then-boss.

Yup. Once upon a time, Heidi Montag and Landon Clements were coworkers. What a world.

More like this
‘RHOSLC’ Star Jen Shah’s Arrest & Legal Drama, Explained
By Brad Witter and Jake Viswanath
'RHOSLC’s Newest Cast Member Has Tried To Become A Housewife Before
By Jake Viswanath
Here’s What Went Down Between Romeo, Jill, & Kira Before 'Bachelor In Paradise'
By Grace Wehniainen
Why Did Lace's Fake Her Birthday On 'Bachelor In Paradise'?
By Kadin Burnett
Get Even More From Bustle — Sign Up For The Newsletter