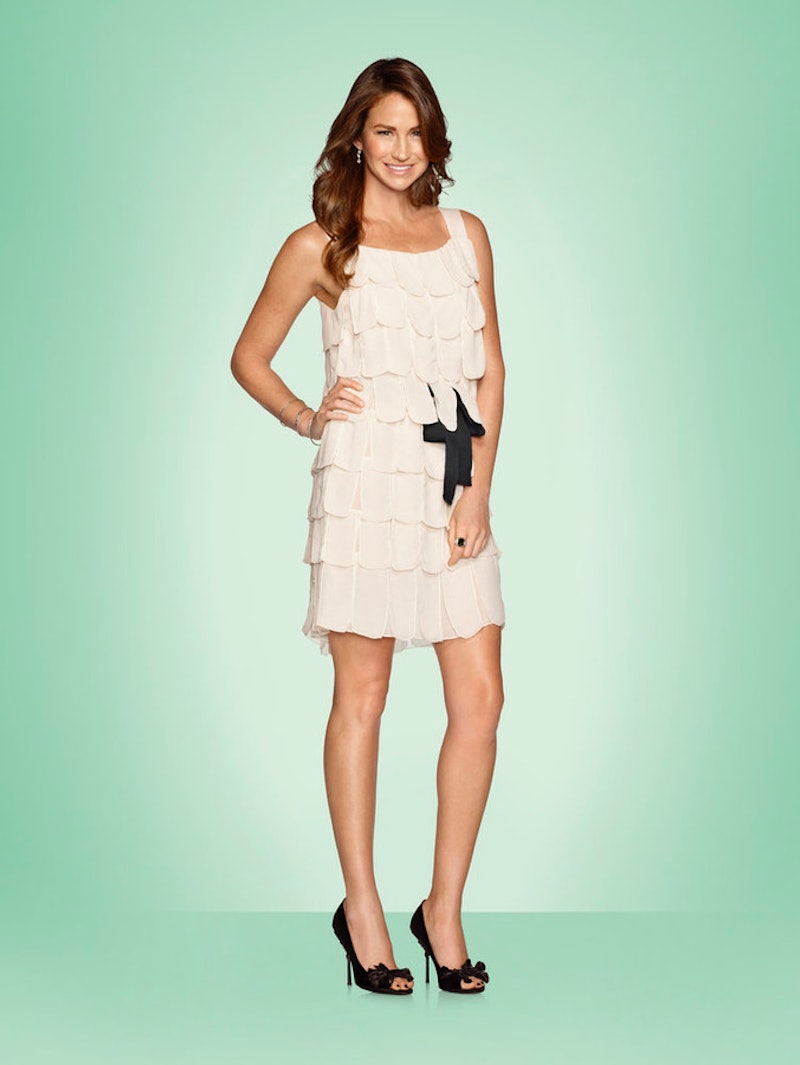 When it was revealed that Jenna King would not be appearing on Season 2 of Bravo’s Charleston-based reality show Southern Charm, I was pretty depressed: She really added a lot to the show’s “traditional” Southern spin, even if she probably wasn’t as rich as the rest of the group. Luckily, Landon Clements has taken her place, and I’m obsessed with her Kate Middleton-esque hair and her tell-it-like-it-is-but-nicely personality. But what does Landon Clements do for a job? Turns out, her career is pretty much just as cool as she is.

Let’s just backtrack for a sec, just in case you don’t have the 411 on Season 2’s newest cast member. Landon is a longtime pal of Southern Charm Lothario Shep Rose — the two went to The College of Charleston together — and, following a recent divorce from Stacey Dash’s (yep, Dionne from Clueless) baby daddy, James Maby, Landon relocated from Los Angeles back to Charleston. Her family doesn’t do divorce, so there’s some stress there, and really, homegirl is just trying to pick up the pieces of her life and move on. I’m with you, Landon. You deserve it. And just to answer the question in everyone’s mind: No, Landon and Shep never dated, even though they absolutely totally should.

So, anyway, let’s talk about Landon’s job being as cool as she is. According to her Bravo.com profile, Landon went to The College of Charleston for art and historic preservation. This led to jobs in Telluride, Colorado, and Los Angeles as an interior designer. She also helped design hotels and restaurants with SBE and Phillip Starck while in LA. Cool, right? Interior design is the best combination of creative ability and planning, and I can totally see Landon rocking that role (is it weird that I feel like I know her from watching her on the show?).

Following the divorce and move back to South Carolina, it seems as though Landon’s switched gears a little bit: This season on Southern Charm, we’ve seen Landon and her pal Cooper (who is the Jay Gatsby of Charleston) get together to plan a show for his fashion line. According to her Instagram, Landon was also just in Augusta, Georgia, for The Masters golf tournament. She snapped a picture of the soundboard for The Major Rager, a benefit concert featuring bands like Gov’t Mule and The Revivalists. Because she wrote “join us LIVE” and made references to “revitalizing downtown” in her comments section, I’m thinking that Landon is now some sort of event planner.

The pieces are adding up, between Cooper’s fashion show, this The Major Rager event, and whatever secrets Bravo has yet to air on Southern Charm this season. She is also a part of LikeToKnow.It, a newish website that allows you to shop the pieces that your favorite celebrities and bloggers are wearing in their Instagram snaps (and for which I am sure they get a kickback of every item sold, because, duh).

Fashion, event planning, interior design: I’m thinking that Landon Clements is on the path to a full-scale lifestyle brand, and I for one would totally sign up for her life. Life of Landon (just spitballing names here, you know) over Goop. Sorry, Gwyn!