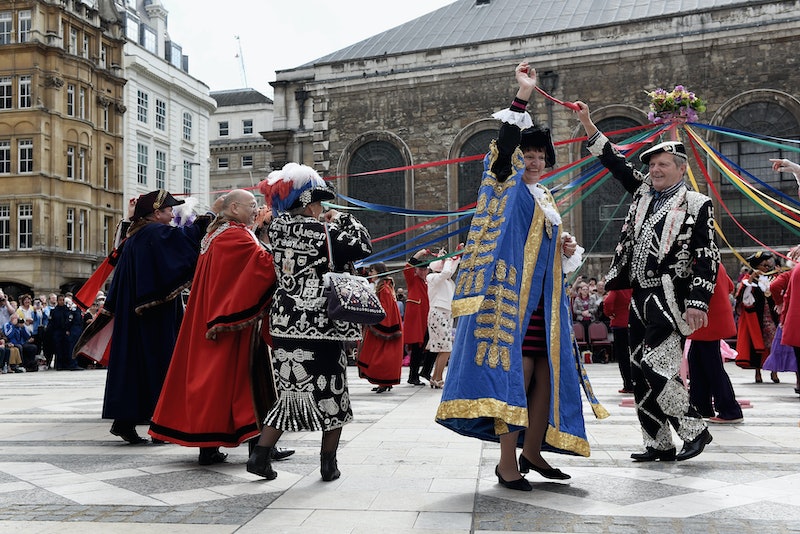 In 2016, I sometimes think that we live in a progressive society that can openly talk about sex and gender with few misgivings — that is until I start reading about the ancient Pagans. May Day is celebrated in many ways throughout history and around the world, but nobody did the festival of summer weather and fertility quite like the Pagans. So what is May Day anyway, and how did the occasion start?

In ancient Celtic communities, May Day, or Beltane, as it was called then, was a fire festival (much like Imbolc and Samhain) which celebrated the arrival of summer and the pastoral herding season that followed spring. The festival typically began at sundown on April 30, and included a large bonfire, lots of drinking and being merry, and a tradition of young couples sneaking into the forest to spend the entire night getting in touch with their fertility... if you know what I mean.

And since I was born during this historically fabulous festival (my birthday is April 30), I did a little digging into the Celtic beliefs surrounding babies born on Beltane. The Pagans believed that the veil between the magical world and the mortal world was thinnest during the festivals of Beltane and Samhain (which ultimately became Halloween), and children born on Beltane were able to see fairies when other people could not, although, I don't see fairies— not that I know of anyway.

Think of May Day as the foil to Halloween. It was a time to celebrate the living and the soon to be born. Handfastings, which were vaguely similar to today's engagements, were common during Beltane, and marital vows were frequently relaxed in favor of embracing spontaneous physical, rather than emotional, love. The reveling would continue through sundown on the first of May.

Other traditions associated with May Day are the Maypole dance — a harkening back to a Germanic Pagan ritual which you will still see from time to time around the world. Though there is still some debate in the historical community about the origins of the Maypole dance, many believe the erecting of a large wooden pole was a fertility rite (and an overtly phallic symbol, intentional or not) meant to bless the land and the celebrants with a prosperous year filled with new life.

May Day is still observed with a three day weekend in parts of Britain, but you can celebrate the occasion (and my birthday) by having a few drinks, watering your houseplants, and getting a little freaky with someone special like the Pagans used to do. Just keep an eye out for any fairies that might be looking to cause mischief in your midst.