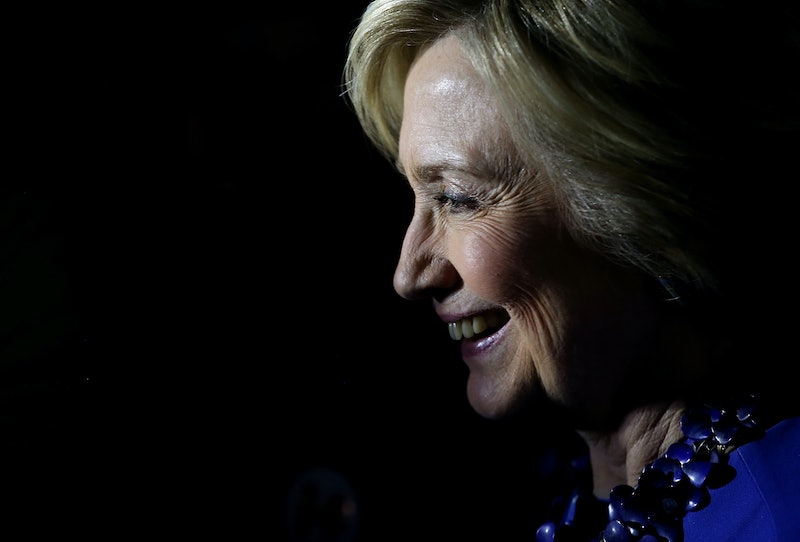 The primaries are more than halfway through now since they first kicked off on Feb. 1 in Iowa. And with another five states, behind us, the race is getting closer and heating up between candidates and between parties. There are still 10 Republican primaries, and 14 Democratic primaries and caucuses, left before the end of this cycle. With so many primaries behind us, the next few weeks are likely to fly by just as quickly as the last ones. So far 1,611 delegates have been won by the GOP, and 2,644 have been won by the Democrats, but there are still plenty of delegates at stake and also needed to secure a nomination for either party. As the primaries continue with Indiana next on May 3, how many delegates are left after Tuesday?

Now that the results are in from the April 26 primary, there are still 502 delegates available to the GOP candidates ahead of the July convention. On the Democratic side, there are 1,016 delegates left to pick up before their convention. Both parties have plenty of delegates to snag as the primaries continue as the race moves ahead quickly. So far, former Sec. of State Hillary Clinton has picked up the majority of the delegates, keeping her in the lead ahead of Vermont Sen. Bernie Sanders. However, there is some controversy over the Democratic process, as so far Clinton has consistently taken a majority of the superdelegates, even in states where Sanders was the preferred candidate.

On the other side, GOP frontrunner and businessman Donald Trump has pushed his way to the front and center of the Republican race to the White House since he announced his candidacy in June 2015. Trump has been ahead of his opponents pretty consistently throughout the entire race, and won all five of Tuesday's states. He holds the majority of the 1,237 delegates needed to secure the nomination ahead of the convention, although he still likely won't win so easily before July.

With three Republican candidates in the race splitting votes, it has been tougher for one single candidate to clinch a nomination — but because Trump is still leading and has not pointed to backing out anytime soon, that might be just what the GOP wants. Many have already been vocal about making sure they will do anything to keep Trump out of the White House, and splitting the votes in three might be the way to do it.

The primaries will come to a close rather quickly, but we won't likely have our nominees before they're over.