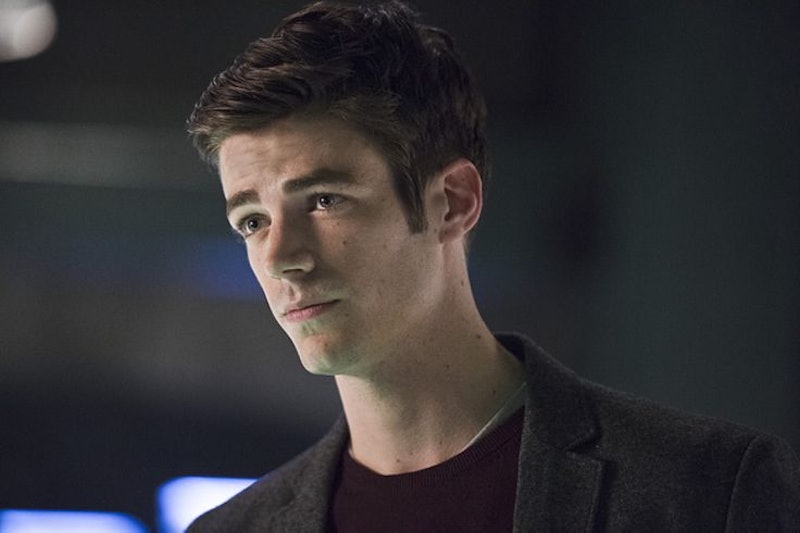 You know, the Flash not having his speed is kind of lame. It makes the name of the show (and the superhero) really quite difficult to swallow. It's like a kick to Barry's ego now whenever it's mentioned, the poor guy. I feel embarrassed for him. The worst part? He still didn't have his speed at the conclusion of this week's episode, "Back To Normal." I was outraged. That is, until I saw the preview for next week's episode of The Flash, "Rupture." In it, Wells reveals how Barry is going to get his speed back. Cause for celebration, right? Wrong. While intriguing, it kind of seems like a terrible plan.

Apparently, Wells thinks that the best chance at getting the Flash his speed back is to create another particle accelerator explosion — you know, the incident that gave Barry his speed in the first place, but also created a ton of villains. Luckily, the promo shows that Barry's biological dad is back in "Rupture," so he'll have an extra dose of parental guidance when deciding whether or not to go through with Wells' plan, which could be a total disaster or utterly brilliant. Because, though creating and setting off another particle accelerator sounds like it'd be disastrous considering what it did on two different Earths the first time around, I'm sure that everyone in Central City is pretty desperate to get their hero to be back. You can watch the promo below and decide how you feel about this potential strategy.

What's the worst that could happen if they re-do the particle accelerator massacre? Um, as the promo states, that Barry not only doesn't get his speed back, but that he never will, because he'll be dead. So, yeah, an alive but slow Barry is probably better than an almost-fast dead Barry.

But despite the risk and his father's warnings, the promo suggests that Barry will go through with this plan. So, will it succeed in bringing speed back to the Flash? Will Barry be mortally injured? Or will he be sent into another months-long coma? As evidenced by his screams, whatever happens next on The Flash definitely won't be painless. But, let's cross our fingers that this risk pays off.