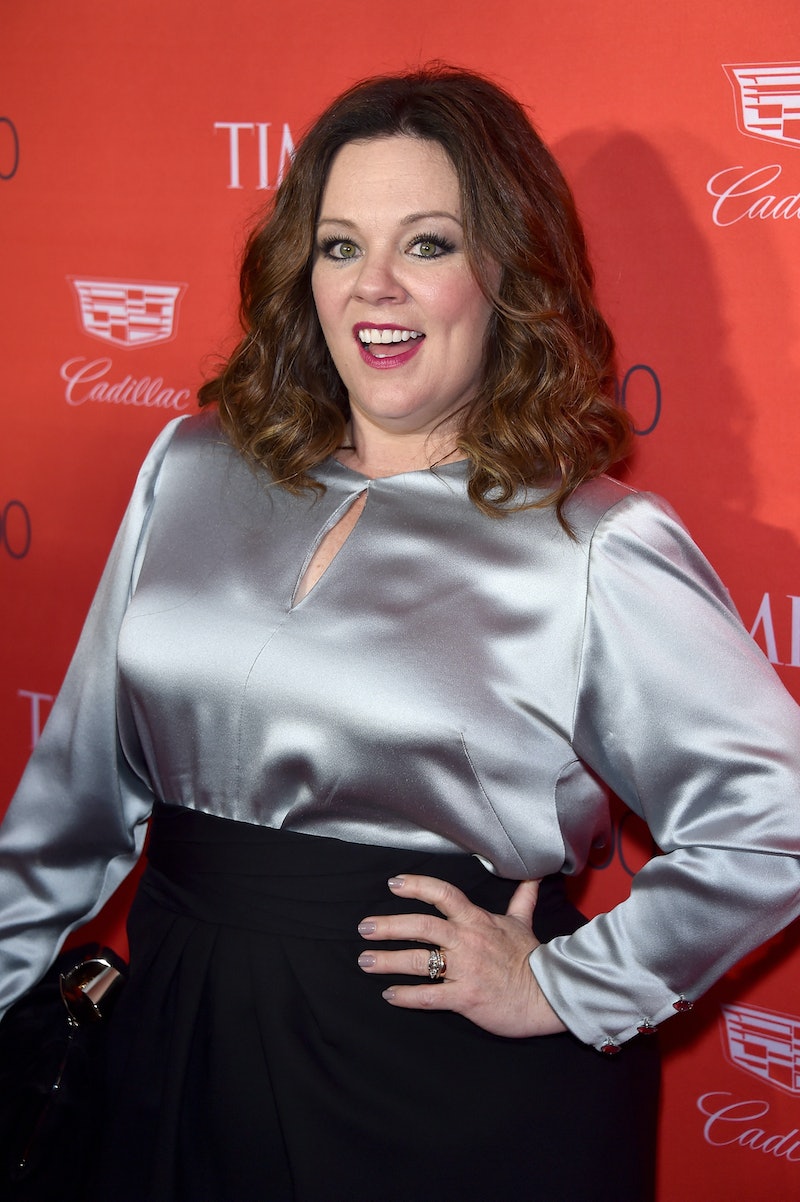 If you thought you were freaking about the Gilmore Girls revival and Sookie's subsequent return, think again. There is no person more excited for the Gilmore Girls revival than Melissa McCarthy herself, and it's partially because, for a while, there it wasn't even going to happen at all. Just think about it. We all would have been faced with a bleak, downtrodden, Sookie-less Star's Hollow. And, on the non-fictional side of things, if she didn't come back, we never would have known just how much McCarthy's return to the Gilmore Girls set truly meant to her.

Listen, when you're a fan of something, the experience increases tenfold when the people involved in it are just as invested as you are. Which is why McCarthy's treatment of Gilmore Girls as way more than a job means so very much. In fact, somehow, she's probably an even bigger fan than all of us. We've been enthralled with the show for the better part of 15 years now, and to know that the actor of one of the most beloved characters feels so strongly about the series inspires some real confidence that the revival is being given the utmost care and attention, and that the end result will be everything we hoped for.

But, on a more personal note, McCarthy explained to People that getting back to Star's Hollow was a priority for her even though the logistics were quite tricky. Which means that she's practically every Gilmore Girls fan's hero and compatriot. Sookie 4 prez.

She said, "For the longest time it was just not going to work out schedule-wise. And once we decided is there any possible way, something fell out for me, something changed for them, and then we immediately nabbed it." And, when she actually went back to film, she cutely confessed that she was hit with a rogue wave of nostalgia and the feels. Girl really is a mega fan after all. "I went back and visited about two weeks ago and saw the sets again and everybody on them. Oh, my God, it was so sad. I got so sentimental. And it felt like the greatest idea in the world. It was lovely."

Just hearing how choked up the actor got at reuniting with the cast and getting re-immersed into the Gilmore Girls world has me on edge. I can only imagine the amount of tissues that had to be passed around that first day (and probably last day) on set, given her long lasting love for the production.

Also, McCarthy thought the revival was the, "Greatest idea in the world," eh? Oh, I can't wait.