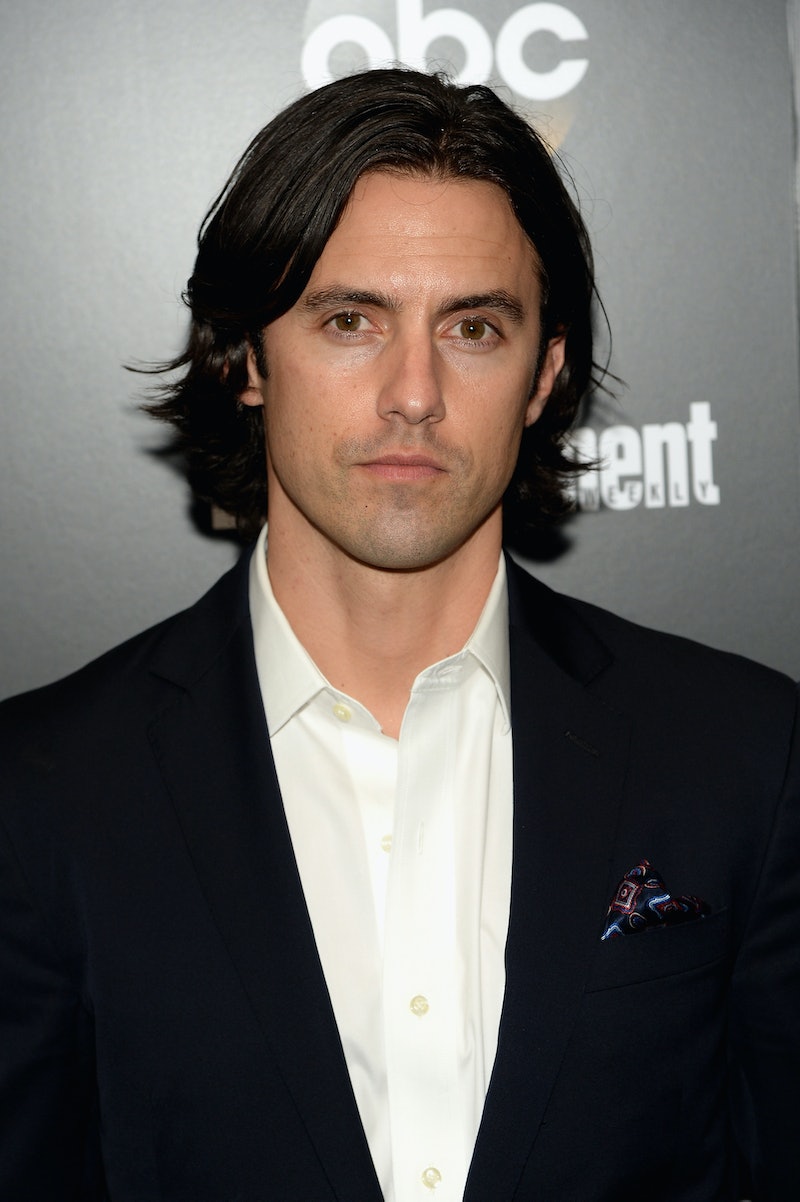 With so much love for the original show and excitement over Gilmore Girls ' upcoming revival, one could imagine that getting to act on the series is pretty much the best gig ever — except if you're the guy known for portraying GG's most controversial character. As Milo Ventimiglia, who plays Rory's sometimes-beloved, sometimes-detested ex-boyfriend Jess Mariano, tells me, there are some downsides to being associated with Jess, and while they might be few, they are, well, loud.

"The only time I've ever had someone walk up to me and verbalize that they hate me was in reference to Jess," Ventimiglia recalls while on the Tribeca Film Festival red carpet for his new series Relationship Status. "It was right after the first episode I did aired, and someone said, 'do you play Jess on Gilmore Girls?' I said yeah, and he said, 'oh my god, I f*cking hate you.'"

"And then he walked away," the actor continues, laughing at the memory. "And I’m like, uh, I guess I did my job?"

As a longtime #TeamJess supporter, it's hard to imagine anyone being that critical of the character, but I guess everyone has the right to be wrong — uh, I mean, be supporters of Logan or Dean. Yet Ventimiglia understands the backlash, telling me that Jess "was kind of brutal at the beginning" of Gilmore Girls, and that he totally gets that even today, Rory's dark-haired ex is "a beloved and hated character."

Yet his reputation might not stay that way for long. Ventimiglia teases that in the revival, reactions to Jess — who allegedly appears in three of the four 90-minute episodes — likely won't be "extreme." Does that mean that Jess won't actually have that big a role, and so fans won't be celebrate or criticize his actions? Or does it mean that whatever Jess does in the revival, whether that's getting back with Rory, hanging out with Luke, or leaving Stars Hollow for good, it'll unify fans? Unsurprisingly, Ventimiglia is tight-lipped about what's to come, but he says that he's optimistic that viewers will enjoy the new episodes.

"I think people will be excited and, hopefully, happy with what we all put together," he says. "It’s definitely very classic Gilmore, which I think everybody’s looking forward to."

Hear, hear. Jess' Gilmore Girls future may be unknown, but from what Ventimiglia's saying, it sounds like fans don't have reason to worry — not that that'll stop any of us from freaking out anyway.