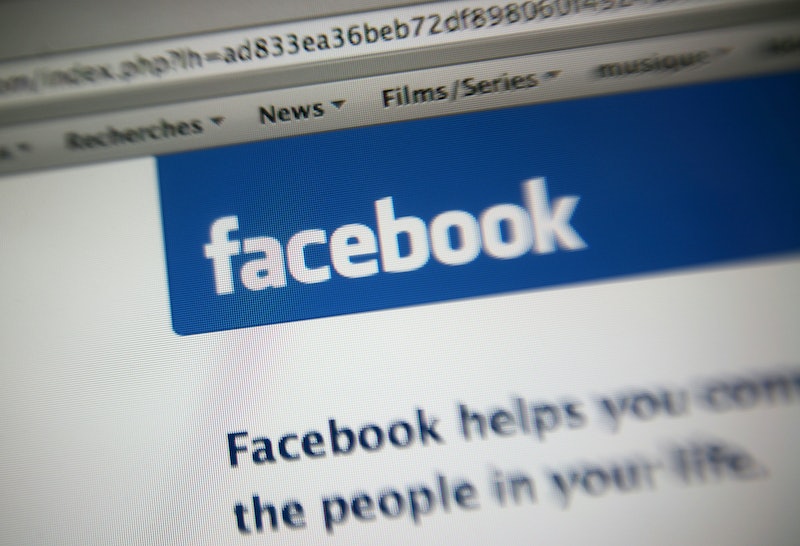 Social media is a fact of life now — but I’m sure I’m not alone in wondering whether we’re using it, or whether it is now using us. This same train of thought has also lead me to wonder how addicted to Facebook I am; if I don’t actually use it much, and yet I constantly keep it open in a tab on my computer, what does that mean? Well, good news on that front: There’s a science-backed test that might be able to tell us how addicted to Facebook we are. It’s called the Bergen Facebook Addiction Scale (BAFS), and it’s probably worth a look for most of us.

Tons of studies have been conducted in an effort to explain our social media behavior, particularly as it relates to Facebook. The results have been wide and varied: It’s bad for us; it’s good for us; it shows how strong our relationships are; it shows how weak our relationships are; and so on and so forth. However, most of the research we’ve heard about examines the effects of social media on us, rather than the behavior itself — and whether or not the behavior might be problematic.

But that’s where the BAFS comes in. The result of research published in 2012, the BAFS is short — just six items, narrowed down from an initial 18 — but in those six items, it examines the primary elements of addiction as they relate to our Facebook behavior: Salience, mood modification, tolerance, withdrawal, conflict, and relapse. According to the researchers, scoring “often” or “very often” on four or more of the items might indicate addictive Facebook behavior.

Worth noting is the fact that Facebook addiction isn’t currently recognized as a diagnosable disorder; neither, for that matter, is social media addiction in general. It’s still being studied, so it’ll likely be some time before we have a thorough understanding of it. That said, though, behavioral addiction is an actual disorder listed in the DSM-5; the only subcategory so far is gambling addiction, but as more research is conducted into other possible areas — including things like technology and gaming — the category may grow.

Psych Central has an online version of the BFAS available to take for free, so I gave it a whirl. Here’s what happened:

The test starts by asking for demographic info, so… that’s me. I have 406 Facebook friends, which blows my mind for two reasons: One, I have 406 Facebook friends?! I didn’t even think I knew that many people. And two, I have more than the average amount of Facebook friends; according to the Pew Research Center, the median number is 200 and the mean is 338. Admittedly I've been on Facebook a lot longer than some — I was an early adopter — and I'm usually too lazy to unfriend people, even if I haven't actually spoken to them in years, so maybe that kind of explains it. Or... something.

But let’s move onto a selection of some of the questions. The scale wanted to know things like...

1. How Much Time I Spend Thinking About Facebook When I’m Not On It

Not very much, truthfully. Admittedly I probably end up with a stupid sort of spike on the rare occasions that I post something; although I know that, like Whose Line Is It Anyway?, everything is made up and the likes don't matter, I still have a weird fascination with watching the number of likes add up. I don’t understand myself sometimes.

I mean, yeah, a little — but only in the way that we sometimes mindlessly browse the entire Internet looking for a little escape. Also, my personal problems are pretty small potatoes in the grand scheme of things; generally I’m OK with my life.

3. How I Feel When I’m Not Able To Use Facebook

I scored a one out of a possible 24, so apparently I’m in the clear. Good to know; it’s always reassuring to hear that our behavior is healthy.

However, I would like to point out that Psych Central’s descriptions of what each range of scores indicates are… perhaps not the best choices of words:

Simply put, the way we talk about illness and mental illness matters, and those phrases up there are intensely problematic. Making reference to “normal people” implies that anyone who might actually be suffering from an illness — whether it's an addiction to Facebook or something else — is “abnormal”... which, it should go without saying, is far from helpful. Furthermore, by referring to “Facebook addicts” and “possible Facebook addicts,” the person has literally been removed from the equation — and as a recent study demonstrated, doing so can have an enormously detrimental effect: In response to being primed either with the phrase “the mentally ill” or with “people with mental illness,” those who were primed with the first showed much less tolerance than those who were primed with the second. It just adds to the stigma, when what we should be doing is trying to break the stigma down.

Is it possible to be addicted to Facebook? We don’t know yet, but the research seems to indicate that addictive behavior can be observed in how some people use it. Either way, though, people who might be suffering from it deserve to be treated with care and respect — not othered and ostracized.

More like this
An Honest Review Of The TikTok-Famous WalkingPad
By Kaitlyn Wylde
What Is “Night Luxe?” Breaking Down TikTok’s New Aesthetic
By Courtney Young
TikTok Is Using A ‘Love Island’ Sound To Expose Their Weird Crushes
By Courtney Young
The Viral TikTok “30,000” Sound Fits Nearly Every Scenario
By Courtney Young
Get Even More From Bustle — Sign Up For The Newsletter