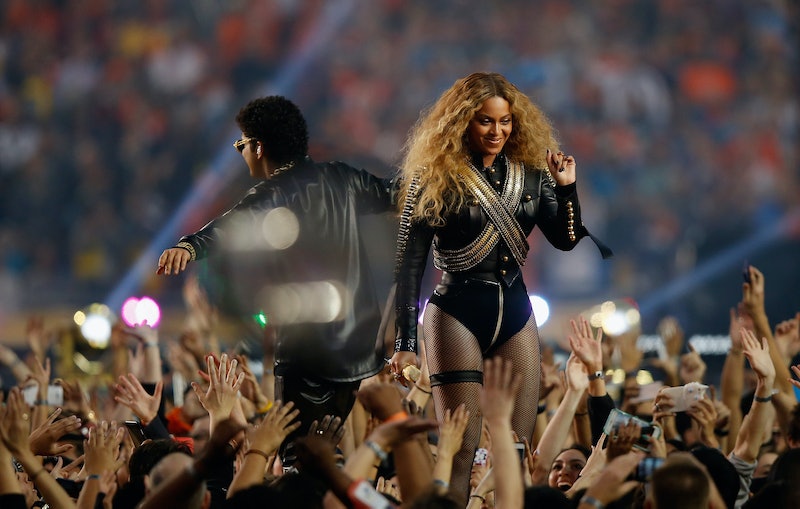 Raise your hands if you like Beyonce, stuff for free, Uber, and late stage capitalism. SAME. The forces of the universe have totally clocked on to you being so into that stuff and have influenced American Express's marketing department into coming up with a promotion that's so good for Beyoncé's fans, I expect the Beyhive to erect a digital statue devoted to me on their Twitter account if and when Twitter ever makes that function available (you know there's a gap in the social media market for virtual statues, right?). In short: there's now an American Express Uber Beyonce collaboration which will give you #AmexAccess to her sold out Formation Tour. So how can you get free Beyoncé tour tickets? Let me walk you through it.

So, get your Uber app at the ready. Beat off your friend whose phone isn't new enough to install Uber on and your other friend who's a rabid Beyonce fan. OK, deep breaths. The press release for the initiative has helpfully given us a step by step guide to securing our tickets:

STEP ONE: Make sure you have the Uber app downloaded for iOS or Android. STEP TWO: Enter code FORMATIONAMEX in the ‘Promotions’ section of the app to unlock the special “FORMATION” car view. STEP THREE: Request a “FORMATION” car on the day of Beyoncé’s Formation World Tour show in your city. STEP FOUR: If connected to the “FORMATION” car, you’ll be picked up and transported to the concert venue free of charge – your Uber driver will have your two Beyoncé tickets. STEP FIVE: After the show, Uber will provide a complementary ride home.

This whole genius initiative kicks off on Wednesday, April 27, in Miami to mark the Formation World Tour opening night performance. “Most people know Uber as a convenient and affordable way to get from A to B. But it is these types of surprise-and-delight opportunities –– like the opportunity to see Beyoncé live –– that make the Uber experience truly unique,” Amy Friedlander Hoffman, Head of Business Development and Experiential Marketing, Uber. Snaps to Uber for the promo.

OK, all-American girls and boys. Here's a list of the U.S. cities Beyonce'll be hitting up that you can try and win tickets in. Note 'em down extra big and stick it on your fridge, so every time you splash some milk in your coffee, you'll be dreaming big. Guys, that one Hunger Games quote may have been creepy, but it strikes me as just the thing in this high stakes, luck based promo — so please, let me wish you a heartfelt "may the odds ever be in your favor." Hope to see you shaking your thing to Beyonce live very soon.

More like this
Taylor Swift, Kerry Washington & More Speak Out On Uvalde Mass Shooting
By Jake Viswanath
Justin Bieber Just Added Another Date To His UK Tour
By Sophie McEvoy
Britney Spears Thanks Fans After Miscarriage & Explains Why She's Writing A Book
By Jake Viswanath
The 4 Best Vacuums For Shag Carpets
By Jessica Resendez
Get Even More From Bustle — Sign Up For The Newsletter