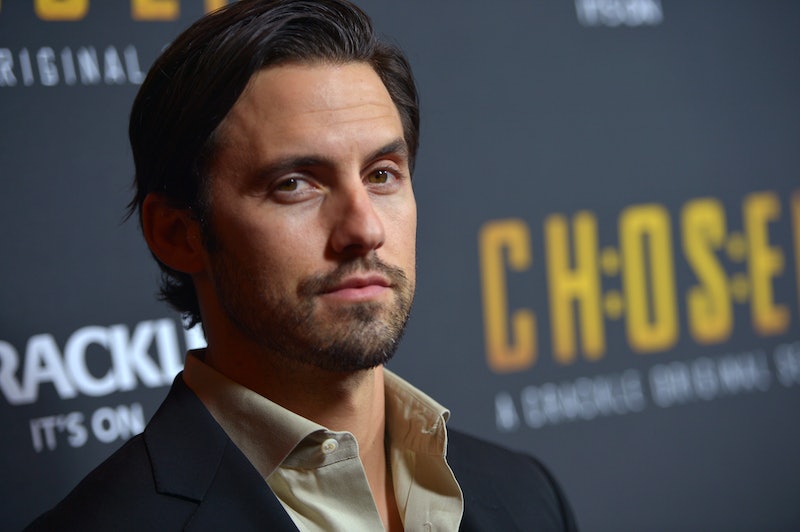 Ever since Parenthood went off the air, we who were fans of that magical show have stalked the globe looking for its equal. And now, at long last, the moment may have arrived when we are greeted with a possible replacement — Milo Ventimiglia just compared his upcoming pilot to Parenthood . I know, I know. I needed a moment, too. Now, I'm up and about, learning to feel again, and there are some additional pieces of information that I probably need to pass along to you.

For one thing, so far this is just a pilot, so we shouldn't freak out as hard as we maybe want to. Ventimiglia told the nice boys over at the Gilmore Guys podcast that it's been shot and everything, but that now we're just waiting for May to see if NBC picks it up for a full season. So there's a possibility that he's just taunting us with details that will never be realized at this point, but in the spirit of optimism, let's talk about them anyway.

Along with Ventimiglia, the project also stars Mandy Moore, and is written by Dan Fogelman, the man behind such varied projects as Tangled, CrazyStupidLove, and Pixar's Carz. It will be an hour-long format, and, when asked by the podcast hosts whether it would be a comedy, a drama, or somewhere in between, like a dramedy, Ventimiglia had this to say:

It's in the same, I would say it's in the same same arena or world as Parenthood, where it's light drama. You are gonna be crying, but you're also gonna be laughing and joyful. The way I look at it, is only because of my last 15 years of work, y'know, I'm like, 'There's no aliens, there's no superheroes, there no guns there's no uniforms.' It's just people talking.

Honestly, you had me at the Parenthood comparison, because that show left a hole in all of our hearts back in 2015 that hasn't even come close to being filled. And even though I don't even have a whiff of the plot, the characters, or even the name of this project, we're talking about an overlap of two of the things we love most in this world — Parenthood and Gilmore Girls — so I couldn't be more on board. Your move, NBC.