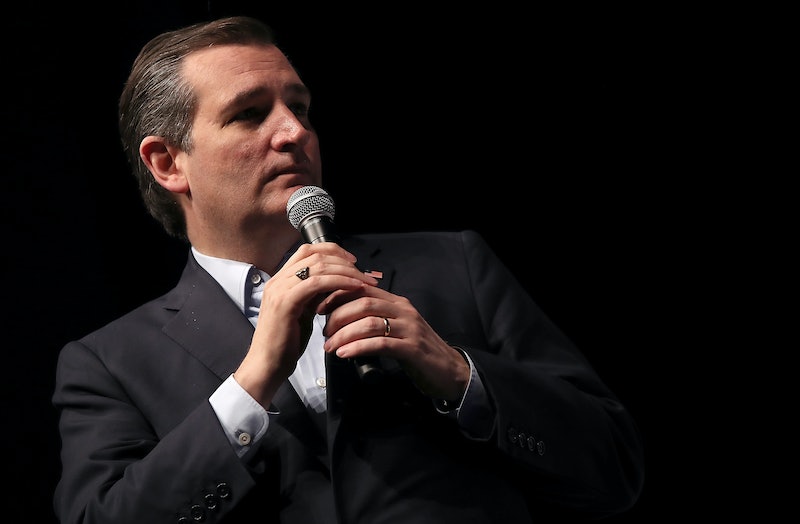 After the Texas senator's disappointing performance in the Acela primaries on Tuesday, Ted Cruz picked Carly Fiorina as his running mate on Wednesday. Not only had Fiorina been publicly confirmed as a possible vice presidential choice for Cruz earlier this week, but reports began leaking earlier on Wednesday that Cruz would announce the former Hewlett-Packard CEO as his running mate.

"When you run for president, one of the most solemn choices you make is your vice presidential candidate," Cruz said at a press conference in Indiana. "After a great deal of time and thought ... I have come to the conclusion that if I am nominated to be president of the United States, I will run on a ticket with my vice presidential nominee, Carly Fiorina."

In fact, the potential Cruz-Fiorina announcement was so widely discussed that Republican frontrunner Donald Trump has already trashed the political pairing. "I think it would be a bad choice," Trump said Wednesday on ABC's Good Morning America. "She had the one good debate, she went up and then she dropped like a rock, and she never resonated with the people. So Carly is not going to do the trick."

Of course, there's something curious about Cruz proclaiming his running mate before securing his party's nomination. And this choice is even more curious when one considers that the Texas senator is actually unlikely to secure the nomination unless some major political acrobatics occur at the Republican National Convention in Cleveland come July.

Then again, Fiorina has some glaringly obvious benefits, which he perhaps hopes will help him live to see the floor of the convention. Namely, she's a woman, and while female Republicans seem to really not like Trump, they're not huge fans of Cruz, either. An NBC/WSJ poll from March found more than 30 percent couldn't see themselves supporting him in the general election. Also, it's increasingly likely that Hillary Clinton will be the Democratic nominee, so promising a woman on the Republican ticket — if Cruz manages to hang on until July — could potentially make him more appealing.