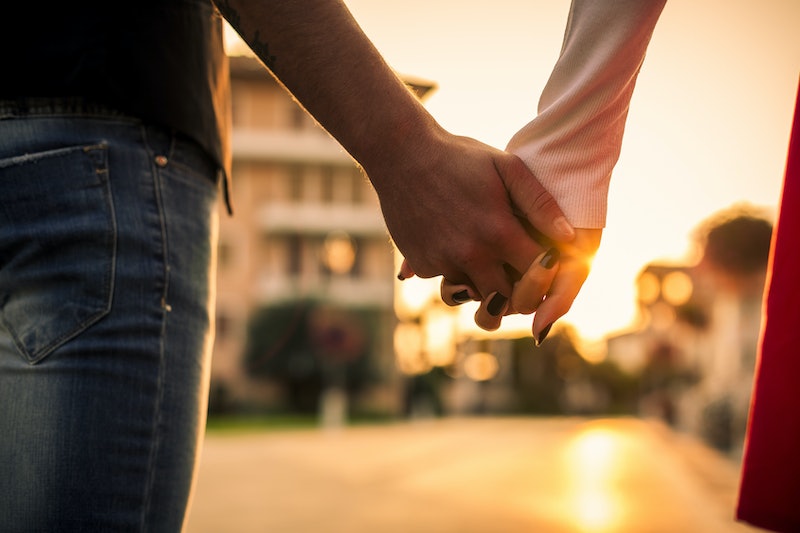 During the early months of dating my current boyfriend, he revealed to me that he had cheated in a past relationship. I still didn't know him very well and because we were still in our early months of dating, his revelation didn't faze me. He told me that he was very young, it was just sex and that he really did love his wife very much. What he did was wrong and he knew it was wrong, and from what he relayed to me, it didn't seem to happen again during his marriage.

Fast forward to about about two years later and we're out on Super Bowl Sunday and I see that he received a text from someone I don't know, and I just had a feeling something was up. An hour later on the train home I find out that my intuition was correct — he cheated on me. We broke up and I spent weeks wondering why I didn't see the signs before. I then thought back to what he had said to me about his cheating in the past and it hit me: Maybe the idea that "once a cheater, always a cheater" is true. But it seemed like too blanketed of a statement to make, which is why I eventually gave him another chance. We all have to do what's right for us and his cheating actually made our relationship stronger — we rebuilt the trust between us tenfold.

Having cheated in a previous relationship may be a crucial tidbit to share with a partner, not because it defines who you are, rather, because it's a part of your story and revealing so may actually help to build trust between you and your partner. I spoke with dating and relationship coach Ravid Yosef about why you should consider telling your partner that you cheated.

It's Part Of Your Dating History

Though it's probably the last thing you feel like you'd want to share with your partner, mostly because of the negative connotation it has, perhaps you may want to reconsider, especially if you're getting to know each other and building a solid, trusting foundation.

She also says that you should consider the lesson or the big takeaway from the cheating. Not everything is so cut and dry when it comes to cheating and it certainly doesn't mean you're a bad person or that you'll do it again. There may be a lot of other factors at play. Additionally, Ravid advises that you reveal a cheating past in the early stages of your relationship, saying that if you wait too long to reveal this piece of information, it may seem like you were trying to hide it.

It Can Lead To More Open And Honest Communication

As we all know, a solid foundation for a good relationship includes a whole lot of honesty and trust, and by revealing a cheating past, you're opening your relationship up to honesty and building that foundation for trust. "The heightened awareness and communication around the subject can help both parties be honest and open with one another when something comes up for them," says Yosef. "Trust may sound like the opposite of what this conversation will do and it may bring up questions and doubts for your partner, but it's the responsibility of the partner that's revealing this about themselves to answer those questions honestly and be open in their communication," she says.

This revelation will also open you up to another very important fact, and one that will benefit not only yourself, but your relationship: It will force you to consider if there was a need that was not being met or a behavior by your ex that ultimately lead to your cheating. Consider if this is something you can both work on in your current relationship to make sure it doesn't happen again.

Yosef explains that if there was no lesson to be learned after searching within yourself from your cheat, it may cast a cloud over your relationship because you may worry and have doubt that your partner may be doing the same thing to you. Conversely, if you have cheated before it may be best to ask yourself several questions before you dive into another relationship, especially if you've cheated: "Have you cheated on everyone you've ever been with? Is there a pattern for those that you have cheated on? Perhaps you can answer those questions for yourself, before you get into a relationship with yet another person you'll cheat on," she says.

If you're still unsure if you should tell your partner, Yosef says that you probably should, though the ultimate decision is up to you. But consider it the right thing to do for another person, especially if it's someone that you really, truly care about: "We all deserve to know what we're getting ourselves into and be offered choice to communicate and be comfortable with it or walk away."