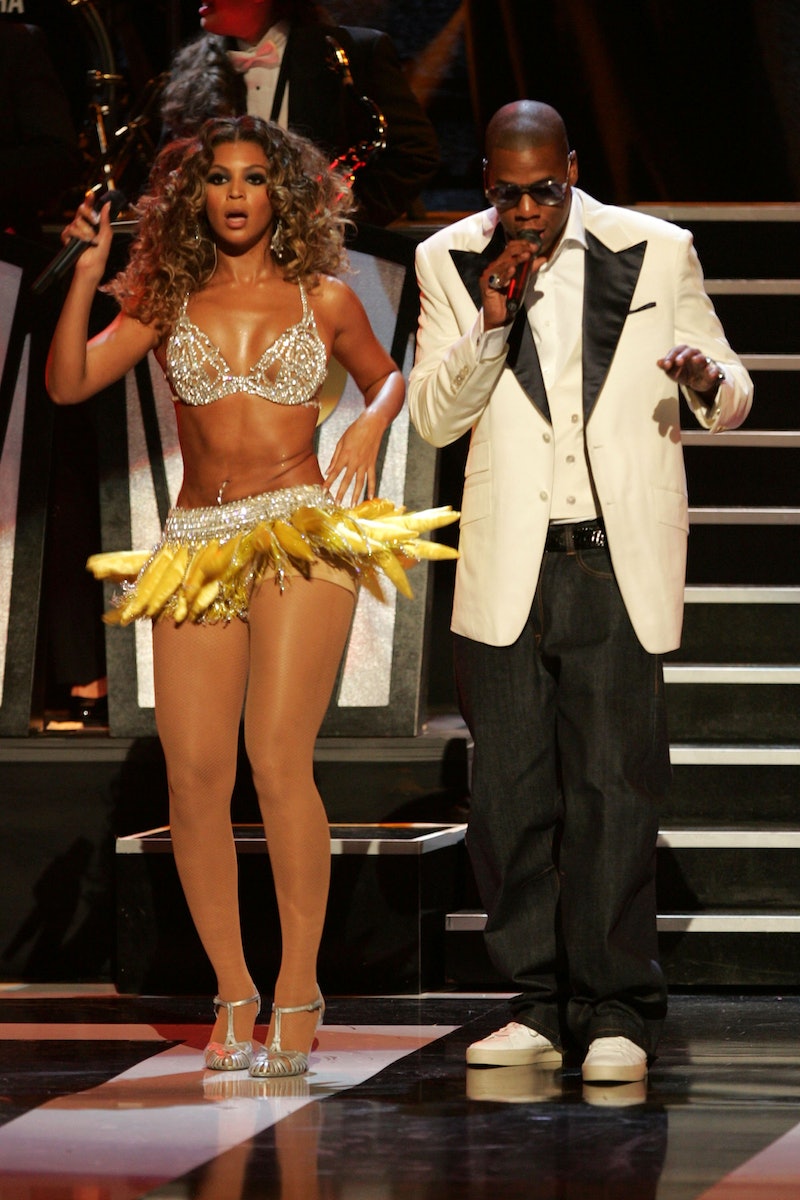 In all the excitement of looking forward to the upcoming tour, I realized there's a question we've neglected to ask ourselves — will Jay Z appear during Beyoncé's Formation Tour? On the one hand, he isn't featured in any songs on Lemonade, so there's no real reason for him to show up. But, on the other, Jay Z and Beyoncé have a history of making little cameos at each other's shows, not to mention collaborating on the entire On The Run Tour as a couple, so it wouldn't be out of the question. If you take those two statements alone, I feel like it averages out to a strong neutral, meaning we have no idea one way or the other whether Jay Z will be showing up.

I think what it comes down to at this point is what Beyoncé herself wants. If she wants to have the stage to herself, with Jay at home taking care of Blue Ivy, she'll have it. If she wants him in the audience every night nodding and smiling for the cameras, she'll have it. And if she wants him to pop up onstage and throw a freestyle in the middle of "Hold Up," by god she will have it. I probably wouldn't have said any of this before I saw the premiere of Lemonade on Apr. 23, but it's pretty clear at this point that the terms of Jay Z's parole agreement from The Doghouse are as simple as, "Whatever your wife wants, no ifs, ands, or buts." I kid, I kid.

It's clear from the videos near the end of Lemonade — which Jay Z appeared in, let's not forget — and the fact that the couple was spotted together in public again on Apr. 27, that their marriage is probably not in jeopardy the way that Lemonade made fans worry that it is. So with that in mind, I have a strong suspicion we'll see Jay Z onstage during The Formation Tour, lighting up the stage and reassuring everyone that Lemonade isn't really about their actual marriage. Plus, you know your boy doesn't have an album out right now, so he's got nothing but time.