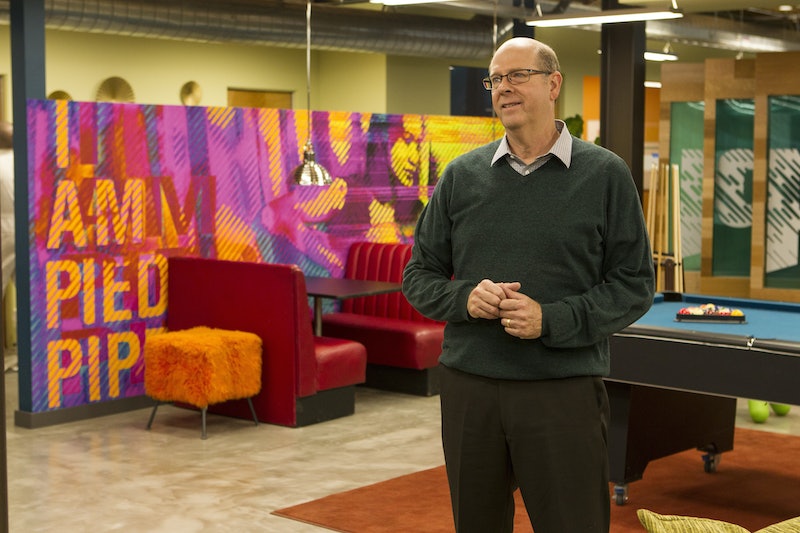 Anyone who has worked in business, at one point or another, has likely been presented with a geometric shape used to explain a business theory. Now that the Pied Piper has a new boss, the boys of Silicon Valley are going to have to stop being scrappy and start getting professional and new CEO Jack Barker has just the diagram to help. The PP crew will likely become acquainted with theory-shapes like The Pyramid Of Corporate Social Responsibility, some form of a 5 Point Pentagon Model eventually, but before any of those, they must understand the Conjoined Triangles of Success on Silicon Valley . While Richard Hendricks and his crew will now have to work within this model, are any businesses in the real world using it?

Like most companies and ideas in Silicon Valley, the Conjoined Triangles of Success is a fake, pointed piece of satire that's so effective, it seems real. The conjoined triangles (or as most people would call it, a square) are meant to represent the new CEO's business ideals. One triangle is manufacturing and engineering, the opposite of growth and sales, respectively, and in the center is compromise... It really doesn't make all that much sense, but there isn't much that does make sense in the world of Silicon Valley.

The Pyramid of Success was invented in 1948 at UCLA by basketball coach John Wooden, according to the UCLA Bruins website. The Pyramid features segments like "Competitive Greatness," "Alertness," and "Loyalty." Berg calls the Pyramid "the least graphically pleasing help aid you’ve ever seen" and said to EW, "There’s just too many words in each box." Judge added, "It’s confusing. There’s no reason it needs to be a pyramid."

Silicon Valley has made a name for itself by being at the forefront of corporate parody. Much like how Judge provided a satirical view on working in a cubical in Office Space, he and Berg have now taken aim at business practices of the 21st century. The Conjoined Triangles of Success may be an ill-structured visual aide to an unclear business philosophy, but in the world of HBO's Silicon Valley, that's exactly what business is — ill-structured, with unclear intentions.