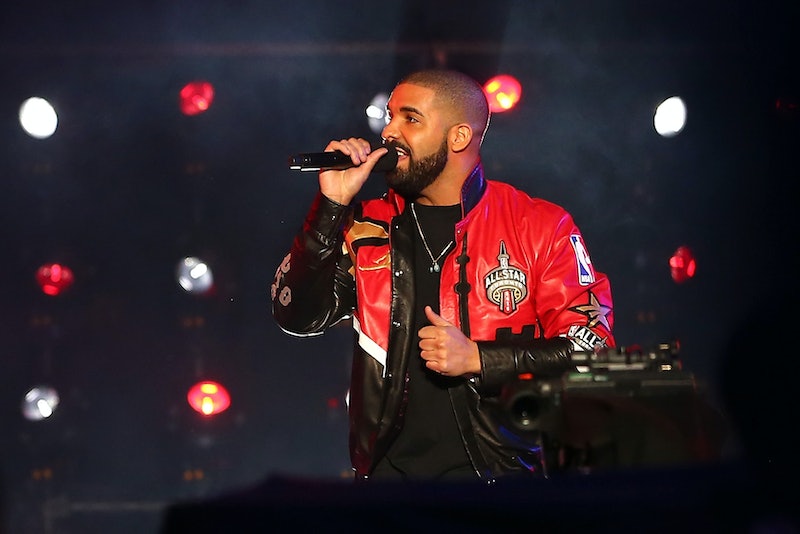 Brace yourselves, Drake fans, because just when you thought everything was in line for the world to receive he new Drake album Views from the 6, that beautiful musician goes ahead and changes everything, including his album title. Because on Wednesday, Drake changed his album title from Views from the 6 to just Views. And, I have to say, as much as I love the brevity of this new title, I’m not sure all of his fans will be too thrilled by what Drake’s new album title means. Especially those of his fans who have been with him since the beginning.

Views from the 6, the much-anticipated album that Drake has been working on for, like, ever, was all set to be released, with a full track list and a release date being announced earlier this month. But with this new album name, Drake has made some major changes to the project. Because it’s more than just a name change. The 6, after all, refers to Toronto, the town where Drake was born and raised. As a rapper and international superstar, he is by far one of the most famous celebrities from above the border, and with previous roles in Degrassi: The Next Generation, he has some serious history in Canada. So does this name change seem like a snub to his Canadian roots?

I mean, it could. I would definitely understand if some fans — especially those from Canada — viewed the title change as Drake turning his back on his homeland. But I think it’s bigger than that. Kind of like how Pitbull went from Mr. 305 to Mr. Worldwide. Remember that? It wasn’t about denying Miami, it was about taking over the world. In a similar way, with this title change Drake seems to be saying that he is more than just his past. As an international superstar, his view of the world is much bigger than the town he was born and raised in.

So do I think it’s a big dose of haterade for Drake to change his album name? Not really. As we grow up and get older, our worldview changes. Hopefully it expands to include new experiences and locations, and I think that’s what Drake’s new album is suggesting. His world is so much bigger than the world he came from, but that doesn’t mean his world doesn’t still include Toronto. It just includes a whole lot of other things these days too.