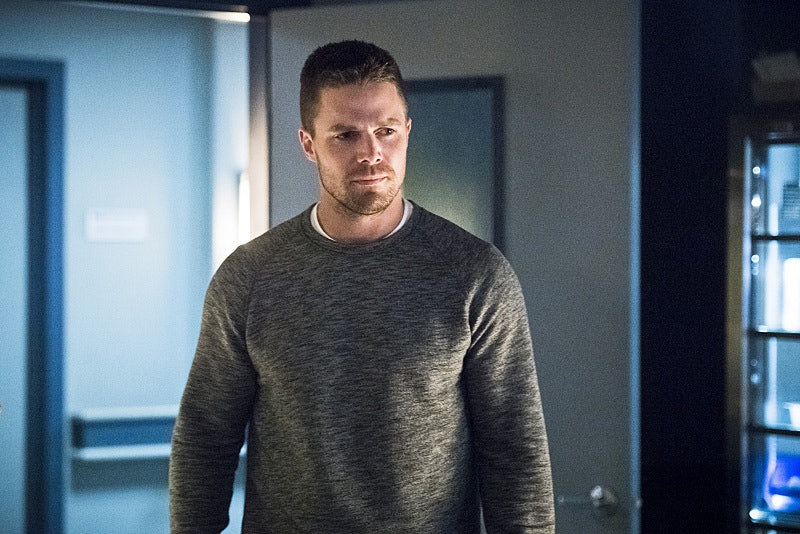 We knew that Wednesday night's episode of Arrow was bound to be sad. Not just because "Canary Cry" quite literally has the word cry in the title, but also due to the fact that we are now gearing up to face a Black Canary-less world. Because even by the end of the hour, Laurel Lance was still dead on Arrow and there's no Lazarus Pit or any other mystical object that can bring her back. So where does that leave the surviving members of Team Arrow? Angry... and more determined than ever to take Damien Darhk down. But can Oliver really do what it take finish him off? Will Oliver really kill Damien Darhk? He's spent so much time redeeming himself and reforming from his old ways. Will he really be able to switch his emotions off and deliver that fatal blow?

I understand the angry that's motivating him right now. He loved Laurel. Maybe he wasn't in love with her, but he truly did care very deeply for her in a very prominent way. So wanting to punish Darhk for killing her makes all the sense in the world. I'm just worried that once he tumbles down that morally dark (Darhk?) rabbit hole again, he'll have a hard time climbing his way back out.

Despite how immune television and movies have made us become to the concept, murder is kind of a big deal. I know it happens all the time on shows like Game of Thrones and American Horror Story, but in the world of vigilante justice, they tend to keep the body count relatively low at the hero's hand. And while Arrow has always dabbled more on the dark side, I'm worried what killing Darhk could end up doing to Oliver. Does Darhk deserve to be punished for what he's done? Absolutely. But that at the expense of Oliver's soul.

Maybe I'm wrong and maybe he'd be able to easily bounce back after taking the life of someone so evil. But I just have this sinking feeling that if Oliver continues down this murderous path, it could lead to a very grim looking Season 5.