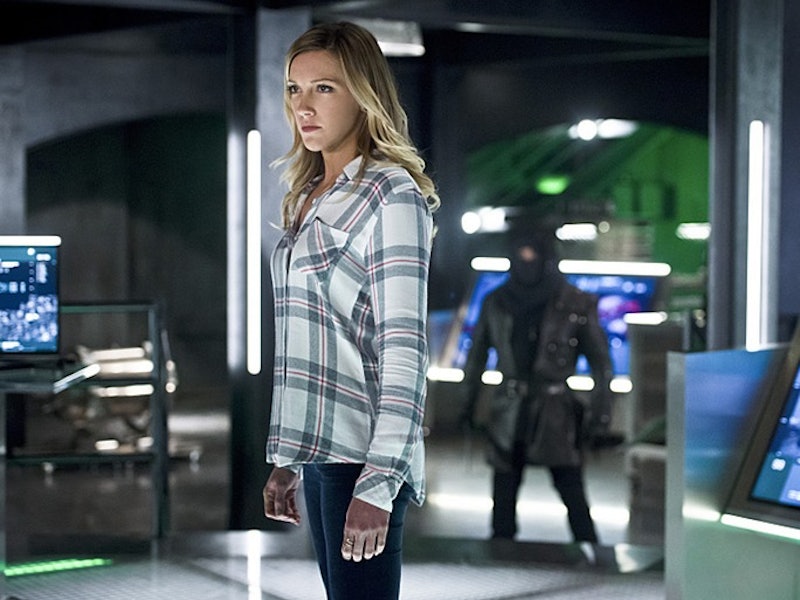 Viewers knew someone would have to end up in that mystery grave eventually, but that didn't make Laurel's death on Arrow any less difficult to endure. And given the number of times some of these characters have come back from the dead (looking at you, Sara Lance!), it's understandable that many fans are in denial about the whole thing and hopeful that Laurel may not really be dead after all. What was it that Laurel requested of Oliver right before her condition became critical? Were the two of them perhaps planning to fake her death in order for her to evade Damien Darhk's continued wrath? Unfortunately, it seems as though this wishful theory is just a clever pipe dream and that Laurel's death is actually for keeps.

"No," showrunner Marc Guggenheim recently told TVLine in regards to any possible fake death scenario. "We've done a fake death before." And evidently they don't intend on doing it again. So what was it that Oliver and Laurel were whispering about as the camera cut out of range for us to hear? "You'll know in Season 5," showrunner Wendy Mericle teased to the outlet. So at least we still have that little Laurel-centric mystery to look forward to. However, that doesn't mean we won't ever see Laurel again in some capacity.

Arrow has always been a fan of flashback scenes, which presents our former Black Canary with plenty of opportunities to make a surprise appearance. Viewers can even look forward to her appearing as early as Wednesday night's episode "Canary Cry" for that very reason. And Katie Cassidy is more than willing to come back whenever they need her, which she recently admitted to TVLine in a different interview. "In the future, you never know what can happen," Cassidy remarked "As they know, I’m always happy to come play with them if they time travel and whatnot."

And let's not forget that Arrow isn't the only show in the CW-verse that Laurel could show up on. In fact, her character is scheduled to make an appearance on The Flash later this spring as Laurel's Earth-Two alter ego, Black Siren. So in many ways, Laurel isn't really gone from us. Thanks to the supernatural aspect of these shows, there are always loopholes to allow even deceased characters to make a few special cameos every now and again.

One thing's for sure, though — if anyone ends up joining Team Arrow later on to serve as Laurel's replacement, they're going to have some very big vocal chords to fill.