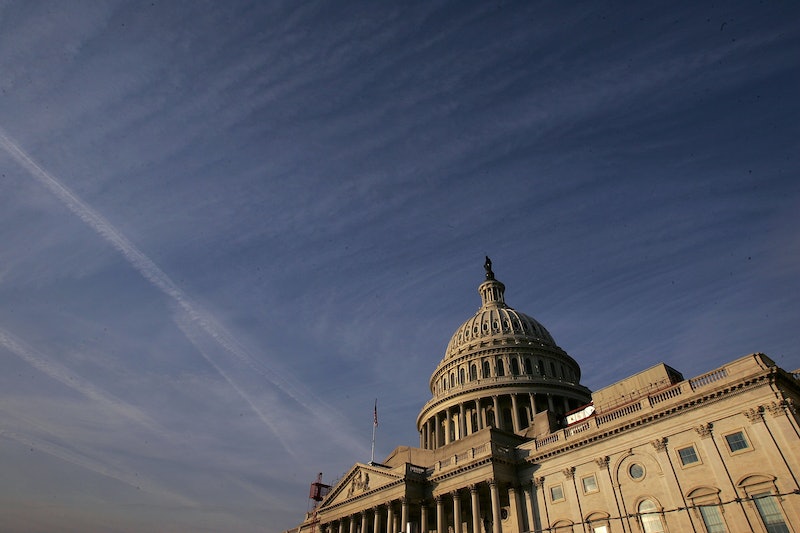 The primaries have stretched from coast to coast and beyond, but they're still not quite finished yet. There's still a fair chunk of delegates to be assigned over the next two months. So when is it over? Before the race for the White House goes nationwide, there's one last stop in Washington, D.C. on June 14. That's the last and final primary of this election season, but it's just for Democrats.

The Republicans already voted in the nation's capital on March 26. Marco Rubio won, with John Kasich coming in a close second. That means the last and final showdown will be between Hillary Clinton and Bernie Sanders, even though Sanders almost didn't make the ballot. In a very non-Sanders-like move, he paid the D.C. Democratic party to get on the ballot (Clinton went the route of gathering signatures).

This is allowed, but then the paperwork from the party wasn't submitted in time to the D.C. Board of Elections. That would have meant Clinton running unopposed. The D.C. council stepped in and wrote a law, bending the rules to allow Sanders a chance. Eleven of the 13 council members voted for it, clarifying there is a grace period to turn in the paperwork.

At the time it appeared the two Democratic candidates could be in a dead heat come June, but that's now looking less and less likely. Sanders hinted that it's over in a statement Tuesday night. Even though he'll stay in "until the last vote is cast," he has very little hope of actually winning the nomination. At this point his best bet is influencing the Democratic platform.

That's because even tough the last primary is June 14, things will likely be decided on June 7. That's the day that Hillary will likely clinch a majority of the pledged delegates and thus the nomination. As of now, she only needs to win about 37 percent of the remaining delegates to win — an easy feat given her polling numbers. The D.C. vote will just be icing on the cake if she wins a majority of the city's 20 pledged delegates.

Either way, June 14 is late in the game. It will time for the presumptive nominee to begin looking toward the convention and beyond. The Democratic National Convention starts just over a month later on July 25 in Philadelphia. Fundraising, working for endorsements, and making big decisions like who to choose for VP are all going to be happening in a crazy whirlwind. The general election will have finally arrived.