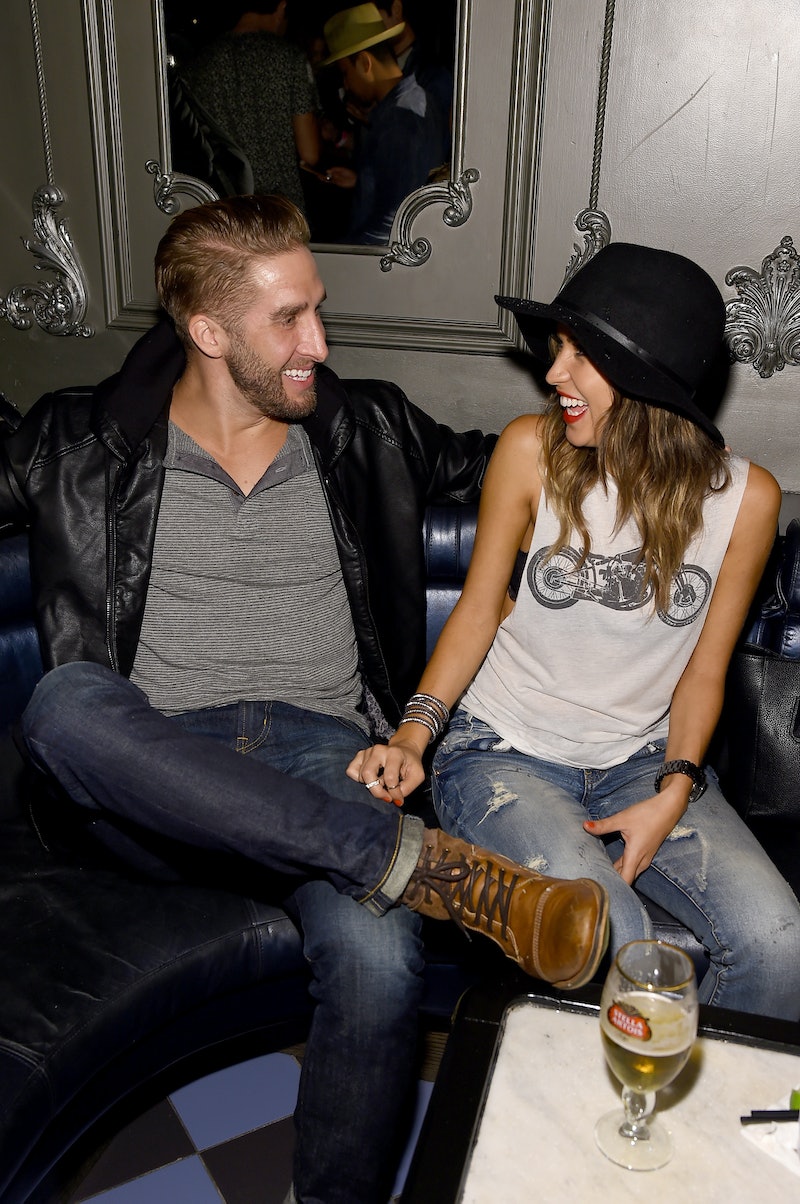 The new season of The Bachelorette is set to start May 23, but before we embark on JoJo's journey, what has previous Bachelorette couple Kaitlyn Bristowe and Shawn Booth been doing? The pair has already been together for nine months since their finale aired on July 27, 2015, which puts them ahead of three other Bachelorette couples who broke up before that mark. So, it's looking like the pair are on their way toto joining the other happily married Bachelorette winners. And, no matter what rumors you might hear to the contrary, Kaitlyn and Shawn's relationship is totally for real, according to Catherine Lowe. She and Sean Lowe are the only Bachelor couple to have made it down the aisle, so she knows real commitment, and she sees a great future in store for the Season 11 pair. At her Dreft baby shower in New York City, Catherine tells Bustle that Kaitlyn and Shawn are "great," and she thinks they're definitely very much in love.

"I’m really close with Kaitlyn and I’ve been with Sean and Kaitlyn together multiple occasions, and they’re so wonderful," Catherine says. She has nothing but kind words for the happy couple, and seeing as how they're really good friends, I trust her assessment — especially over tabloid gossip. Kaitlyn and Shawn have been subject to a number of nasty rumors about their relationship, with many accusing them of only being together for the media attention. But, if you follow them on Snapchat, you know how adorable and in love they are. You can't fake Snapchat affection, guys. Kaitlyn and Shawn know that better than anyone after having spoiled their season outcome on the app.

Furthermore, Catherine says none of the breakup gossip is true. "Seeing them together, it’s just been really fun. So, I have nothing but love for them. I mean they’re living in Nashville; they’re having a great time." Does she have any advice for the pair to make it work? "Live it up," she says. And, that's exactly what it seems like Kaitlyn and Shawn are doing.