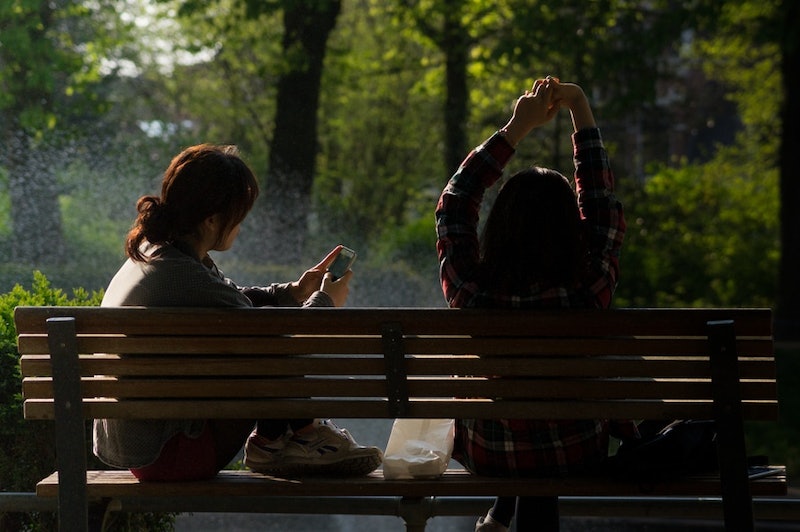 Most couples bicker and fight about little things. It's just the nature of spending a lot of time with the same person. A lot of little relationship fights, though, can be a sign of bigger issues. Especially if they're the types of things you argue about over and over again with no clear resolution.

You owe it to yourself, and to your partner, to get to the heart of your most persistent little issues to figure out what's really going on. It's an exercise that will make you closer, and hopefully, resolve some issues so you can stop the broken record of fighting over the same little things.

As a former Domestic Violence Victim Advocate and Planned Parenthood Certified Responsible Sexuality Educator, I sat back and watched dozens of couples argue about the dumbest, tiniest issues with almost no clue that they were fighting about something else entirely. If you want your relationship to last, you need to use your fighting as an opportunity for healthy communication about deeper issues, not just for venting your frustrations. Although venting your frustrations is sometimes important, too.

Here are a few common tiny fights, and some ways they could actually be about deeper feelings. Use this list as a starting point to delve deeper into your own issues as a couple.

1. What To Have For Dinner

What do you want for dinner? I don't know, what do you want for dinner? I don't care, what sounds good to you? Nothing really, anything come to mind for you? And so on, and so forth, until one one of you gets so hangry that you snap and the argument of the century ensues. If this is you (and it's all of us sometimes, amirite?) on a more-than-regular basis, than the issue is probably less about what to eat and more about who has to make the decision. Decisions are a burden sometimes. What if I pick the wrong thing? What if I pick something they don't want? Is this some kind of test? Ugh. If one partner feels like they have to make more decisions than the other, it can feel like a heavy, unfair burden.

The Fix: You each just have to suck it up and make decisions at least half of the time. Take turns. Write down whose turn it is if you must. Or put a list of places in a hat and pick one. Just make sure you're doing your fair share of the deciding. Not making decisions can lead to huge problems in your relationship, like power imbalances, and resentments.

2. What Pasta To Buy

I've talked about this before, but my wife only likes that long, sloppy linguine, and I only like smaller, more manageable pastas that I can successfully navigate to my mouth without some serious fork acrobatics. When she shops, she only gets what she likes. When I shop, I only get what I like. Then we bicker about it. In reality, it's not about the pasta at all. It's a little bit about winning (which is silly) and a little bit about being selfish an inconsiderate. When we do this to each other, we're only looking out for our own wants, and when you're in a relationship, you can't only think about yourself, especially when you're making a decision that involves both of you.

The Fix: Just be considerate. Get what you like and what your partner likes. And if you don't want to cave or compromise every time, at least take your partner's preferences into consideration half of the time. 50/50. Equality. All that.

3. Where Your Dirty Clothes Go

Clearly, they go in the hamper and not on the floor. If this is something you argue about a lot, the argument might not just be about the clothes. Your partner might be feeling like you're not respecting your shared home, you're not listening when they tell you it bothers them, you're not doing the same amount of work, and/or you're trying to annoy them by being lazy.

The Fix: Put your dirty clothes in the hamper. It's effort, and that effort is a metaphor for putting effort into your relationship. And if you're the one who always gets mad about clothes on the floor, learn to communicate your real feelings instead of just yelling about the clothes. If your partner knows it makes you feel bad, they're less likely to do it. If you're just nagging, they won't make that emotional connection to the issue.

When couples fight about texting, it is almost always rooted in two issues: trust and insecurity. If you're arguing because your partner doesn't want to show you their phone, it doesn't necessarily mean they're cheating. It could be that they resent the thinly (or not so thinly) veiled accusation of cheating, or value their privacy and feel like you should trust them. If you're the one texting, your partner might just want you to pay attention to them and not your phone, or might have a brief moment of insecurity, which happens.

The Fix: Whether you show your phones to each other or not is up to you. I personally never violate my wife's privacy by going through her phone, even though she says I can. But you have to address the trust and insecurity issues somehow, even if it's just through a heart-to-heart where you re-affirm how much you mean to each other.

In healthy relationships, people are free to come and go as they please, and do the things they want to do without permission. Still, that doesn't mean you can just be MIA all the time and never clue in your partner. To you, this argument might be about being controlled or mistrusted. To your partner, it might be about respecting their feelings enough to give them a heads up about when you won't be around. It could also point to trust and insecurity issues, especially if you've been unfaithful in the past.

The Fix: If it's not a huge deal to you, just check in every now and again. You don't have to print a schedule of your evening plans, but it won't hurt to say "I'm going out with some friends, I'll be home around 11." And if you're the one home alone, worrying where your partner is, you might benefit from some time out with your friends, too.

This is a classic fight. It's when one partner feels the other partner's vibe is off, or they're being distant, or they look like someone just stepped on their new shoes. So you just pick and push until you make your partner (who could just be tired) mad, and a fight ensues. This, in my professional and personal experience, is almost always more about you than your partner (who, again, could just be tired). Maybe you're worried that they're mad at you and not expressing it, or you're feeling insecure and they're not reassuring you that everything is fine, or you're feeling guilty about something you did or said.

Impatient people hate nothing more on this earth than to be kept waiting. When you're late to pick up an impatient person, don't be surprised if all heck breaks loose. And it's usually not because you were late at all. It's usually rooted in deeper feelings, like you not respecting their time, you not being reliable (which is a big component of trust), or you not putting your partner's happiness at a high enough priority.

The Fix: Be on time, or text if you're going to be late. Easy peasy.

If you're always saying the wrong thing, then you're probably always having tiny arguments (or big ones). Sometimes these back-and-forth sessions can be so frustrating that you just want to yell "tell me what you want me to say so I can say it!" The heart of these arguments can be any one of a million things, so you really need to just shut everything down and get right to the heart of what your partner is feeling.

The Fix: Stop. Breathe. Walk Away. Acknowledge that you said the wrong thing. Ask your partner to accept that you didn't mean it or that you were misunderstood. Talk about both of your true feelings. Then hug it out. You'll never get anywhere with this argument if you don't shut it down early. You'll just dig a deeper hole.

9. Were You Looking At Them?

People look and flirt, and much of the time it's just harmless behaviors that they don't even think twice about. But when you do it in front of your partner, it could spark a little fight. And that fight will most likely have nothing to do with the ass you planted your eyes on and everything to do about your partner feeling disrespected.

The Fix: Make ground rules about what flirting is OK, when you can look, and what you can do in front of each other. Then stick to those rules. Some people don't care who their partner harmlessly flirts with. Some people can't deal with catching their partners having a wandering eye. But you won't know how your partner feels until you ask them. Also, make sure you flirt with your partner, too!

Next time you're arguing, stop, (drop and roll) and consider if what you're fighting about is really some deeper issue entirely. It'll do wonders for your love life (and your blood pressure).