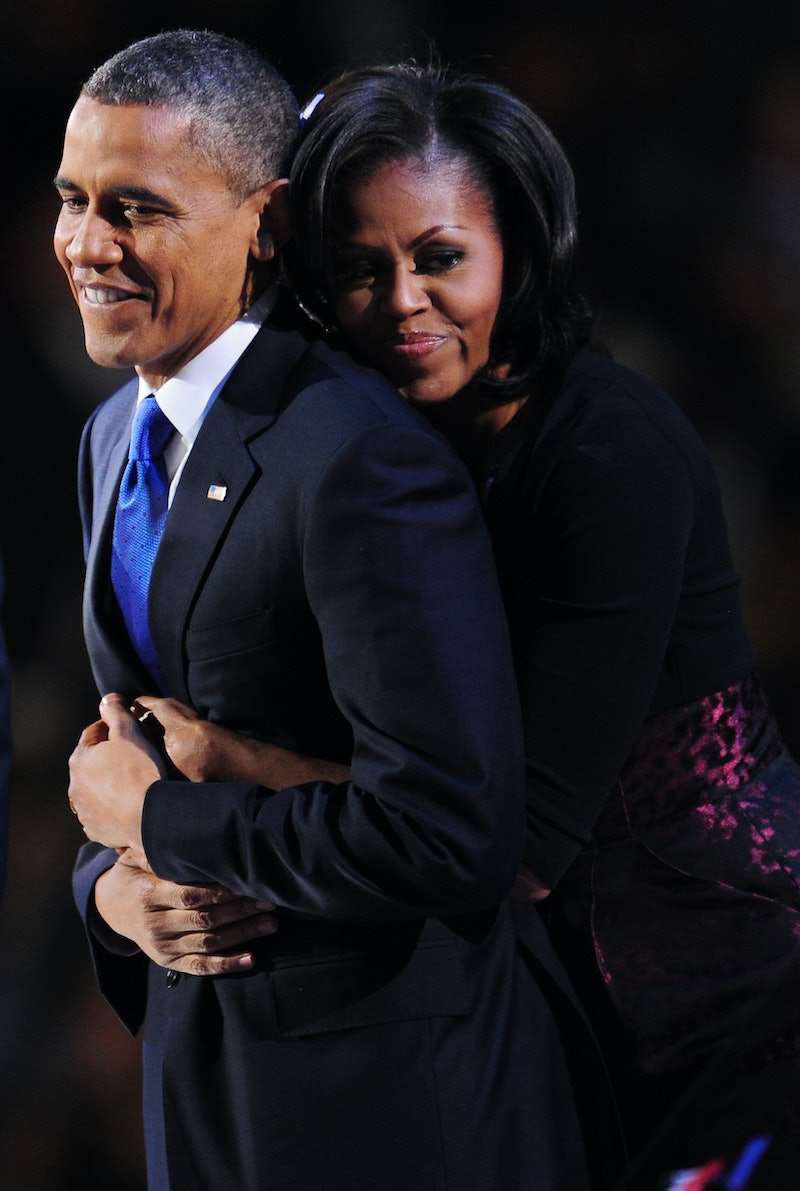 For all of us who get #relationshipgoals from President Barack Obama and First Lady Michelle Obama, it looks like the absolute perfect movie will soon be released to satisfy those aspirations. Southside With You, an official selection from the Sundance Film Festival, follows the story of Barack and Michelle Obama's first date through south Chicago, and judging from what we know of their history and current chemistry, it sure didn't end in the same disaster many initial encounters manage to.

Based on the first glimpse audiences get from the trailer released on Thursday, the movie will be a bit of a romantic comedy with a more serious, inspirational twist. Audiences are essentially in on the joke, too — Michelle asks Barack if he could ever see himself get into politics one day, to which he gives a noncommittal "maybe."

When discussing why they came to Chicago, Michelle says she hoped to make a difference by possibly empowering women (a feat that she has, of course, extended far beyond the borders of Chicago). Barack drives an old junker that has a chuck missing out of one of the seats (a bit of a step down from the presidential fleet he rides in today.) So knowing the current story of two of the most powerful people on earth makes their simple date in Chicago that much more fun for viewers to watch.

The future POTUS is played by Parker Sawyers and young Michelle Obama, known then as Michelle Robinson, is played by Tika Sumpter. Having watched the Obamas over the years, both actors really seem to nail their subjects' cadence, mannerisms, and facial expressions very well. In one scene in which Barack is speaking at a community organizing meeting, you can match the actor's style of speech to the president's almost exactly.

Critics definitely agree, too. Directed by Richard Tanne with executive producer John Legend, the limited Sundance release has opened to rave reviews, with movie buffs praising both of the actors for their ability to tell a simple story while still capturing what turned out to be a very significant moment in history.

Miramax and Roadside Attractions will release the film on August 26. But despite being a romantic comedy of sorts, it may be best to avoid seeing it on a first date — unless you also plan on being president of the United States, it is a lot to live up to.

More like this
Here’s How Lizzo Is Supporting Abortion Rights After The Roe v. Wade Reversal
By Brad Witter
Jurnee Smollett’s Heart Is Healing
By Rebecca Carroll
Police Shove 'Full House' Star Jodie Sweetin At An Abortion Rights Protest
By Radhika Menon
Everything You Need To Know About The 'Knives Out' Sequel
By Grace Wehniainen
Get Even More From Bustle — Sign Up For The Newsletter