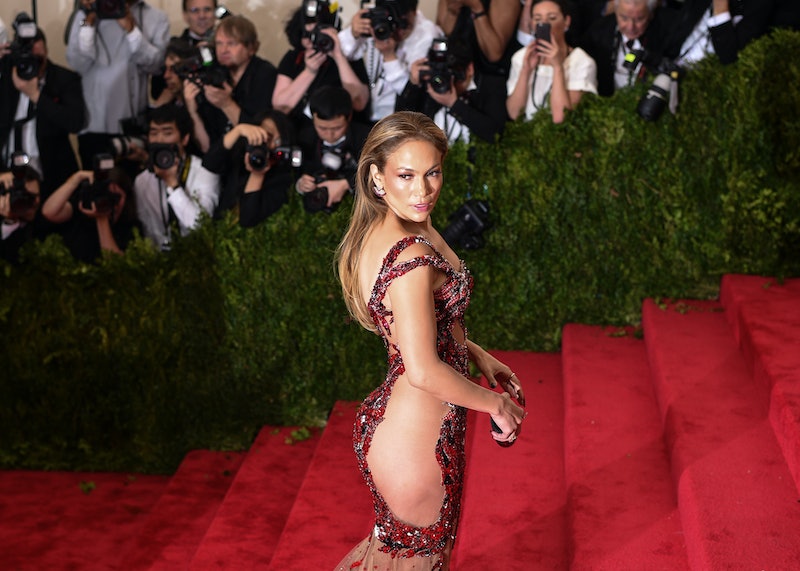 The Met Ball is one of fashion's most exclusive nights, and getting a ticket to the Met Gala may be harder than you ever thought. With the night dedicated to fashion's elite, even some of Hollywood's top A-list celebrities don't get to make it through the door. With a guest list rumored to be limited to 700 lucky individuals, getting on the list is next to impossible if you aren't an industry superstar. However, don't give up hope just yet. Attending fashion's biggest night may actually be achievable for some who aren't global phenomenas. In order to get invited to the Met Gala, all you need is to know a few key players, or possess a pretty large bank account. Simple, right?

So, who is in charge of this esteemed guest list? Well, none other than Vogue editor Anna Wintour, of course. The fashion industry's ultimate power player has been tasked with correlating the exclusive list ever since 1995, according to StyleCaster.com. The editor is known for limiting her list to include key Hollywood celebrities, fashion designers, and top models. However, a few unexpected guests have been known to make the cut. Wondering what you need to do to get your name on the list? Here are seven ways that you can get invited to the hottest night in fashion.

If you aren't Rihanna, see step 2.

Wintour loves inviting some of Hollywood and social media's key power players. If you millions of Instagram followers, have a blockbuster in theaters, or have walked a Parisian catwalk, then you should probably expect an invitation.

3. Donate Heavily To The Metropolitan Museum Of Art

Being a longtime benefactor of The Met is an easy way to get invitation to the Met Gala. However, if you're knew to the fashion game, then you can always donate to the fundraiser by purchasing a table at the function. According to StyleCaster.com, brands can purchase tables at the Met Gala dinner that range in price of $75,000 to $250,000 depending on the brand's relationship with fashion industry.

Now, tickets to the Met Gala don't run cheap. It's rumored that an individual ticket costs $25,000. While that may be pocket change for some, most of us don't have that type of cash lying around.

Even celebrities will get the occasional plus one.

It's not secret that Vogue's top editors as well as those on the masthead are invited to the gala.

From waiters to photographers and everything in-between, there is a massive amount of individuals who have to make sure that this event goes off without a hitch. Not only will be you attending fashion's most illustrious night, but you'll also get to see the in's and the out's of the production. Not a bad way to send a night in NYC.

If all else fails, you can always watch the red carpet coverage, right?