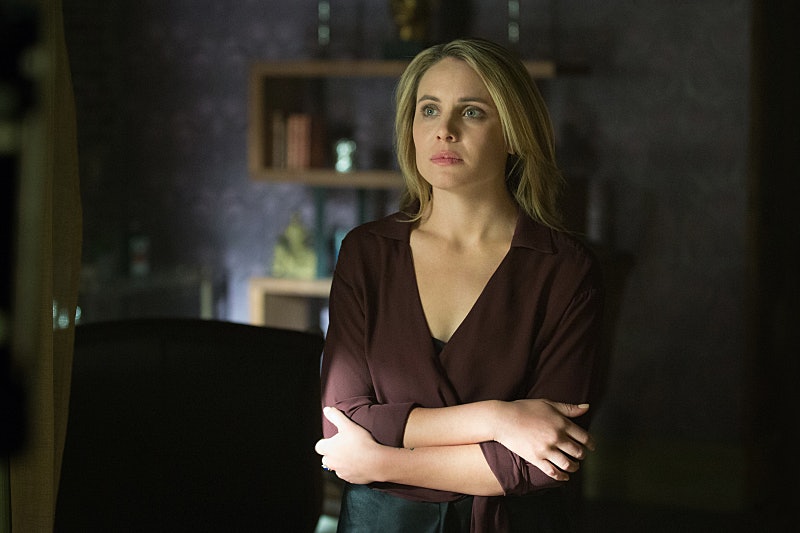 It seems that Cami was only meant to cheat death once this season on The Originals . After Aurora compelled her to slit her own throat, thus turning her into a vampire, Cami became as invincible as the other non-humans in town. And, yet, Thursday night's episode "No More Heartbreaks" found Cami lying on her deathbed after Lucien bit her with his super-hybrid-werewolf bite. And, even with Marcel, Freya, Vincent, Davina, Hayley, Elijah, Hope and Klaus racing to find a cure, Cami died on The Originals .

Cami's death will, undoubtedly, be a huge blow to Klaus, who is known to throw temper tantrums at the smallest offense. But, hopefully the long goodbye he got to share with Cami will make the coming episodes a bit easier on the Original vamp. After Cami was bitten, she rushed over to meet Klaus and tell him that she loved him, not willing to die without him knowing how she really felt. And, true to his love for her, he never left her side. In a surprisingly compassionate move, Klaus didn't leave Cami alone to hunt down Lucien and risk getting himself killed. Instead, he stayed by her side and let his brother and friends gather magic objects and Lucien's blood to try to find a cure.

For Klamille fans, Cami's death is also a huge disappointment. Luckily, the writers were nice enough to give Klamille shippers a sweet farewell when Klaus took Cami out on a dream date in her mind as she lay dying. He was with her, in her mind, until the end, and he even told her that he would join her one day and find her in the afterlife.

Even though the border between life and death is really more of a revolving door on The Originals, it doesn't look like Cami will be one of the lucky ones who gets to come back from the dead...again. Her death was heartbreaking, and her body was shown desiccating — it was the kind of emotional rollercoaster semi-permanent deaths don't normally get on television. So, Cami fans might want to start getting used to the idea of The Originals without her.

On the bright side, the episode ended with Cami's death motivating Vincent and Freya to find a way to kill Lucien. So, hopefully her death will lead to the defeat of another big bad!

More like this
'Line Of Duty's Writer Just Dropped A Bombshell About Steve & Kate
By Catharina Cheung
Who Is 'Umbrella Academy' Star Elliot Page Dating After His Divorce?
By Jake Viswanath
'Stranger Things' Cast Thinks It's "OK Not To Label" Will Byers' Sexuality
By Alyssa Lapid
Here's Where Your Favorite Characters Stand After The 'Stranger Things' 4 Finale
By Grace Wehniainen
Get Even More From Bustle — Sign Up For The Newsletter