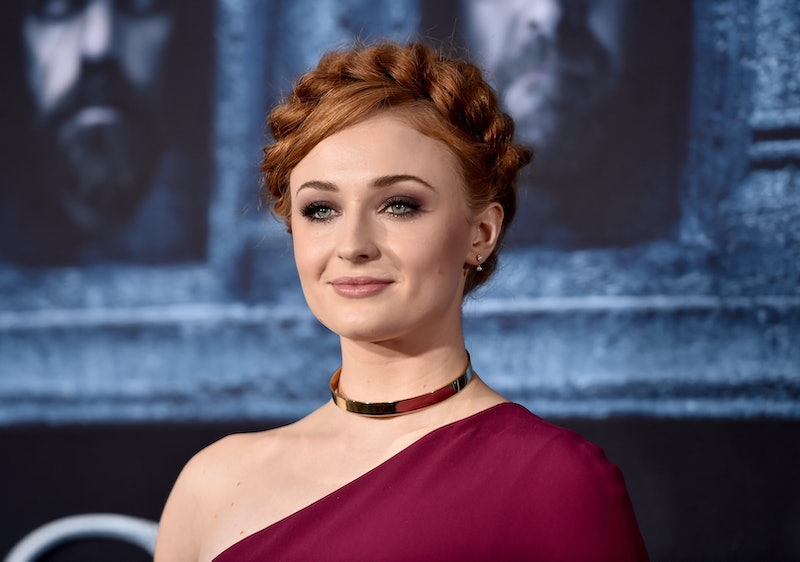 The most hotly debated question in the realm of the Game of Thrones fandom will not be answered by Sophie Turner. According to Vulture, the actress remained as strong and true as her character Sansa Stark when a London hotel presented her with a cake asking "Is Jon Snow dead?" This wasn't some hastily made from a box cake with messy lettering either — this was a high end, looks so good you can taste it chocolate cake with fruit dusted with what appeared to be powdered sugar. This cake is basically the most scrumptious looking cake in all of the Seven Kingdoms and beyond. Still, Turner only had one word for the gesture when she posted the photo on her Instagram page: "Bribery."

The London hotel should not be disappointed in their efforts to extract an answer to the eternal Jon Snow question. Their confection based move was Littlefinger levels of cunning. Turner is just too much of a Stark to betray her onscreen half-brother by divulging his secret.

While you continue to ponder whether or not Jon will be reanimated anytime soon, there is now a new mystery to be solved — did Turner eat the cake of bribery? Because this beauty looks way too delicious to waste. Check out the photo Turner posted and bask in the artistry and commitment to Game of Thrones the pastry chef-infused into this masterpiece:

Someone give the Sansa Stark actress a round of applause because I cannot think of many people who could have denied the baker of that cake answers. I know I would have squawked louder than all of Varys' little birds combined. Bravo to Turner and her Stark like integrity. If the woman won't cave in the face of chocolate, her lips are permanently sealed on the matter of Jon Snow's state of aliveness in Season 6.

The good news is, the long wait for answers on the fate of Jon Snow is coming to an end. The Season 6 premiere revealed Jon is dead for now, but with Davos, Ghost, and Jon's friends protecting his body, it doesn't seem like he will be dead for long. The Red Woman reveal was a pretty major twist pointing toward an imminent resurrection for everyone's favorite member of the Night's Watch. At this point, if Jon stays dead it would be the most shocking move the show ever made.

While you wait for answers, just know you are not alone. Somewhere in London, a pastry chef is super bummed that his clever and tasty plan fell through, but hey, at least Sansa got to eat cake.