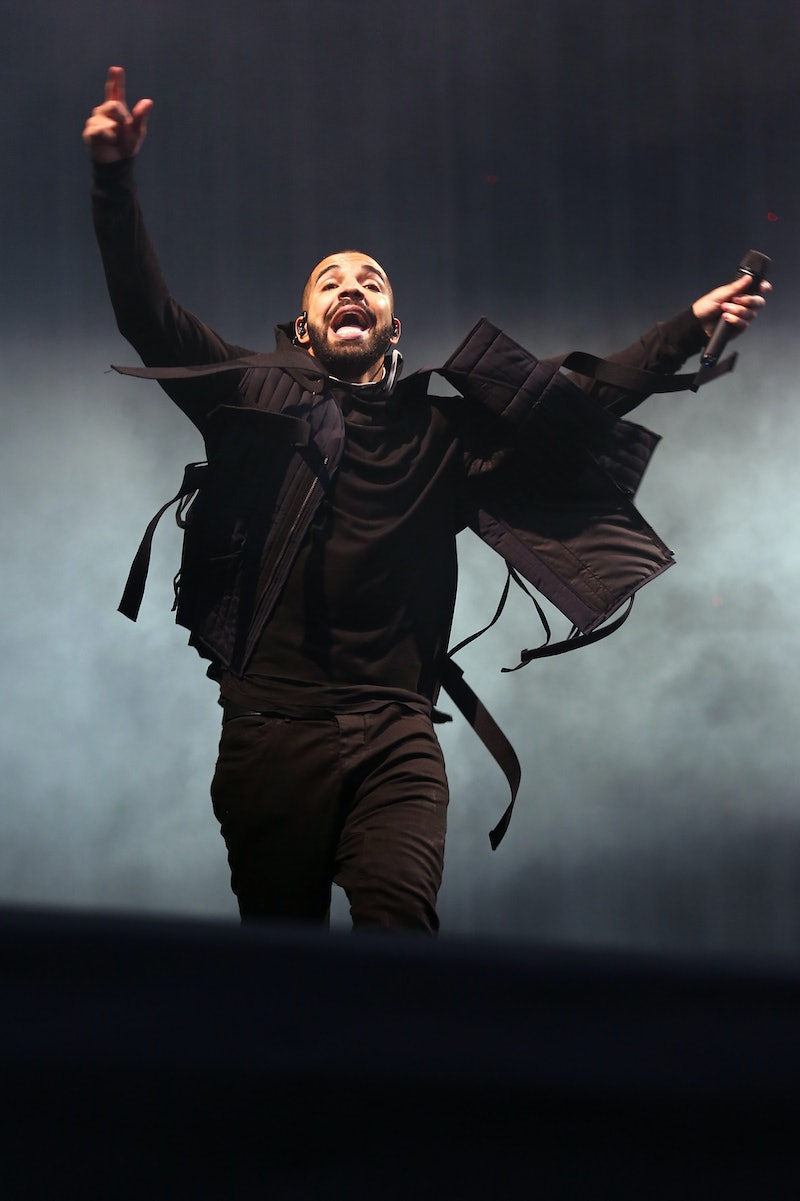 While official confirmations of exact numbers are still yet to be tallied and announced, word from Drake himself is that his new album, VIEWS, has sold an insane amount of copies on its first day of release. Instagram footage appears to show Drake climbing the stage at an event he was attending on Friday night in his hometown of Toronto following the release of VIEWS, where the rapper then pulled his phone out, held it up to the audience and announced: "I got a text message that we sold, like, 630,000 some records in one night." That's right: VIEWS has allegedly sold 630,000 copies in one day.

If the figure that Drake is speculating Views to have sold is indeed correct, then it would be a startling volume of sales — we're talking Adele levels of sales here. But, before we all go and get too excited, there's a couple more things to bear in mind before we start chiselling away on that Platinum throne of success for Drizzy.

Crucially, it's important to remember that the Record Industry Association of America (RIAA) has recently changed the way that they count sales and now factor in streaming plays of songs released prior to an album. So that means that all those times you were listening to "Hotline Bling," "One Dance," and "Pop Style" on repeat might have contributed to this as yet unconfirmed colossal figure whether you've gone and bought VIEWS yet or not.

But still, I mean look at him, he's like a puppy with a new stick right there and though this figure comes extremely early, I think we can all agree that we'd like to believe that it's true. Especially to those of us who spent most of Friday locked into VIEWS, listening to "Hype" on repeat (or was that just me?) and ranking each song based on our emotional engagement with it.

If Drake's VIEWS has in fact sold over half a million copies in one day, then I will be taking my hat off and throwing on a handsome sweater to wear whilst I dance awkwardly and adorkably in celebration of this man. Until then, we'll just have to wait for the official numbers to be released.