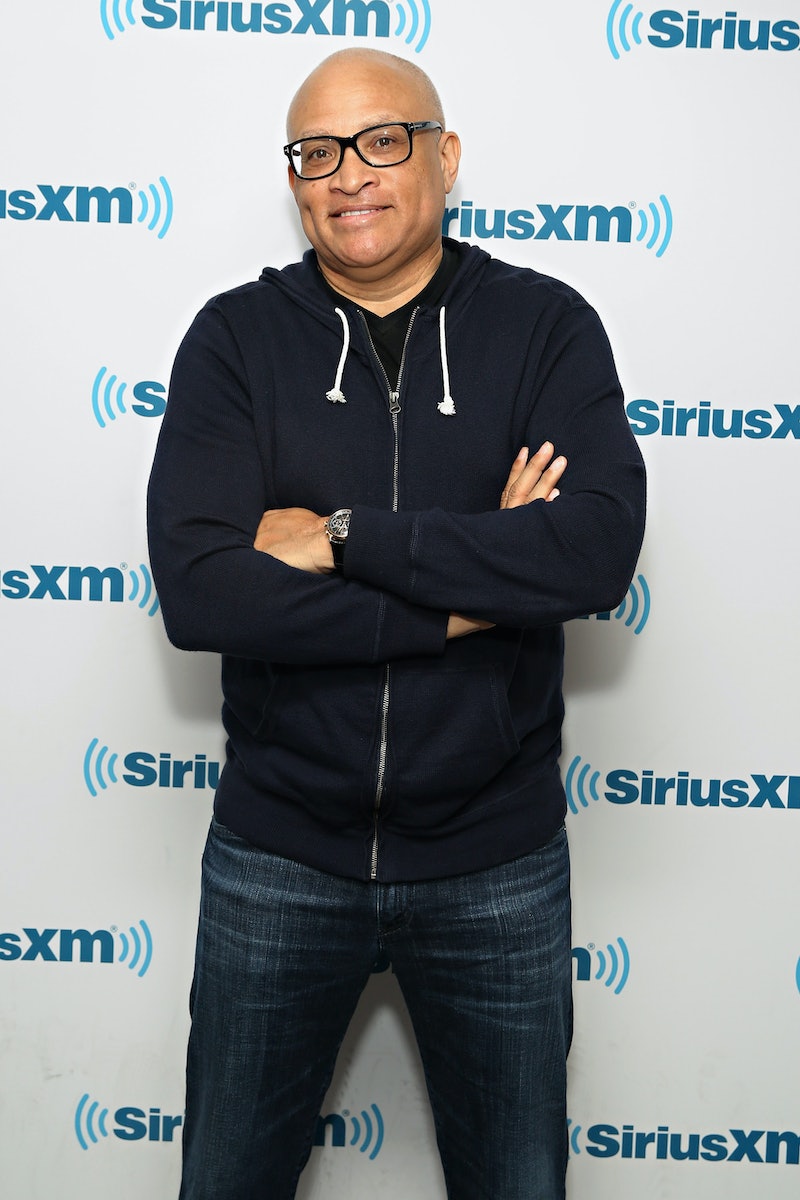 Saturday night was a big night for basically everyone in Washington, but for a good part of the 2016 White House Correspondents' Dinner, all eyes were on Larry Wilmore. This year, The Nightly Show star hosted the Nerd Prom, and it's something I've been excited about for a long time. No pressure or anything — it's just the president, the hundreds of celebrities and politicians in the audience, and then everyone in the country watching at home to impress — no big deal. And, even though Wilmore's jokes definitely got mixed reviews from the audience, it was also really entertaining. Just in case you need to be reminded of a few of his zingers, fortunately, there's already video of Wilmore's Correspondents' Dinner speech.

OK, so some of his lines were a little out there, but you have to admit that a lot of his Donald Trump jokes were pretty funny... and his reference to the meme about Ted Cruz being the Zodiac Killer. Plus, when someone makes mention of Lemonade, a la Wilmore's joke about "Becky with the good hair," you know it's going to be good.

Missed the speech or want to watch it all over again? Here it is.

More like this
'The Undeclared War' Took Inspiration From This Gavin & Stacey Location
By Maxine Harrison
Here’s How Lizzo Is Supporting Abortion Rights After The Roe v. Wade Reversal
By Brad Witter
Michelle Obama & Taylor Swift React To The Supreme Court Overturning Roe v. Wade
By K.W. Colyard
Tanya Burr Is Expecting A Baby With Her Mystery Partner
By Maxine Harrison
Get Even More From Bustle — Sign Up For The Newsletter